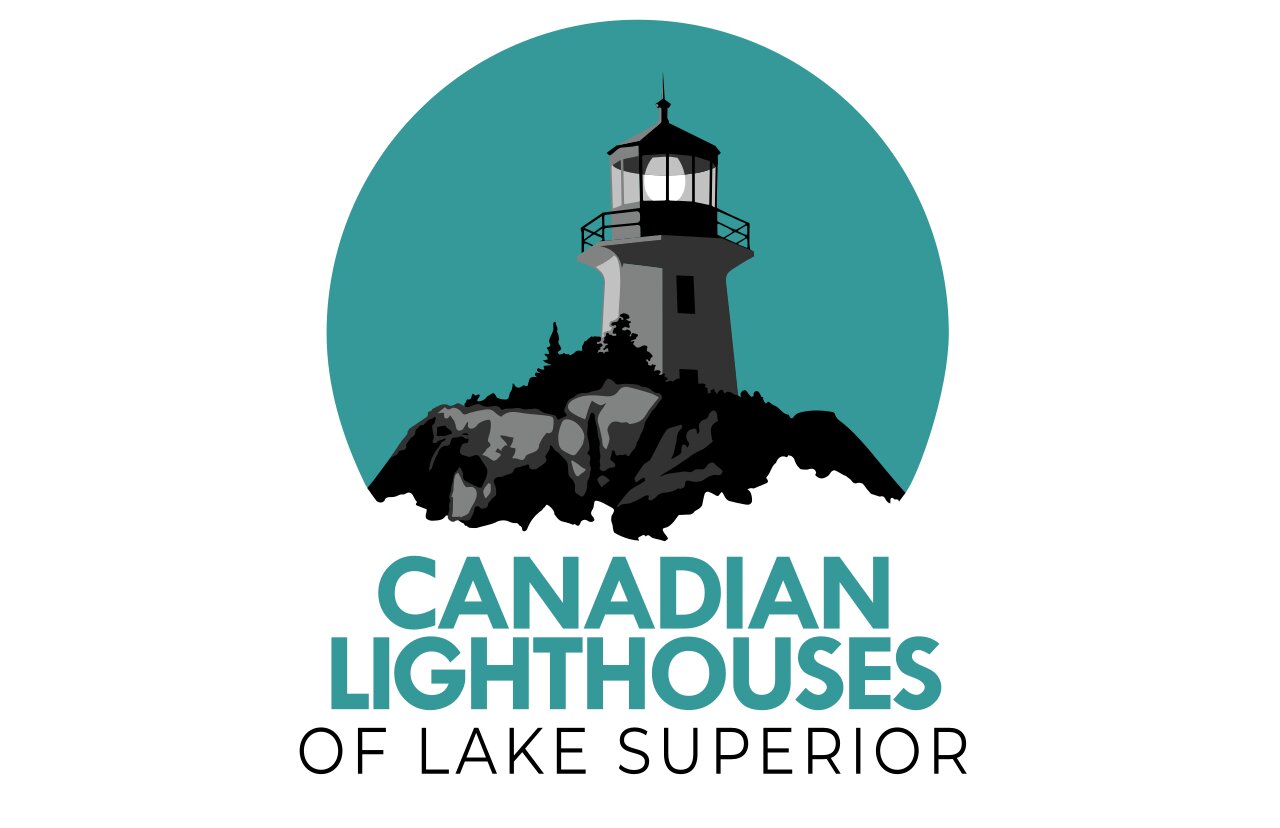 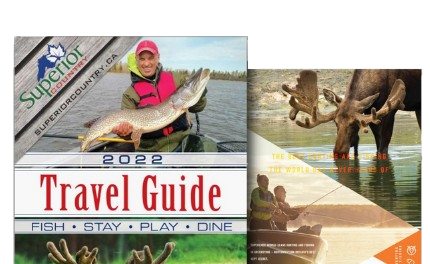 Canadian Lighthouses of Lake Superior (CLLS), an umbrella organization represents a movement to restore, preserve, maintain and promote lighthouses that dot the northern shores of Lake Superior. Incorporated under the Ontario Historical Society, CLLS’s duty is to provide to the public access to these unique heritage locations. The organizations stretches from US/ Pigeon River Boarder (near Thunder Bay) and follows the shoreline to Sault Ste. Marie, approximately 800 km to the east and south. 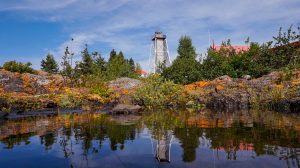 Porphyry Island Lighthouse is located on the eastern side of the Black Bay Peninsula 40 km east of Thunder Bay. Charter trips are available on Thursday’s and Sunday, please go to the website to book a day trip to the lighthouse. You can access through the Silver Islet boat ramp to get to the water. Most arrive by power boat, sailing craft or by kayak. Landing is suggested at the northwest bay on Porphyry Island, just to the south of Walkers Channel. Amenities include two docks with a capacity of a draft of 8 feet for boaters. There are picnic table, fire pit, camp area, and boat house to welcome members & guests. Onsite there are several kilometres of walking trails one which takes you to the point on Porphyry Island. The walking trail bisects Porphyry Island Provincial Park Nature Reserve. The point, two dwellings, a light tower, fog alarm building and camping areas are located. Docks are 40ft and 20ft. The lighthouse when built in 1873 was the second lighthouse constructed on Lake Superior. In the 1960’s further work was done to include a 25m steel town and a second dwelling was also added at that time. in 1989 the lighthouse went into automatic mode, dispensing of 106 years of lighthouse keeping. The Visitors in the summer months will be greeted by CLLS staff who will be more than pleased to show you around. The site is currently leased from the Department of Fisheries & Oceans and CLLS. Memberships are available and donations are encouraged. 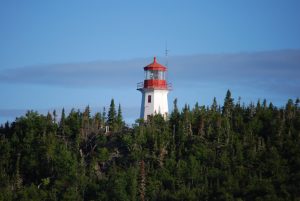 The destination is close to the hamlet of Silver Islet, home to a mine that produced over 3 million dollars of silver in the 19th century. “Trowbridge Island was named after Charles A. Trowbridge, secretary and one of original New York syndicate members of Silver Islet Mining Company, and whose uncle (Charles C. Trowbridge — former mayor of Detroit & friend of Henry Schoolcraft the creator of The Legend of Hiawatha) was married to the sister of the president of Silver Islet Mining Company, Alexander Sibley.  So the Sibley and Trowbridge families connected.” (Elle-Andra Warner)

The outstanding lighthouse on a crest of rock, is under lease from Department of Fisheries and Oceans and is managed by the Canadian Lighthouses of Lake Superior. Assessment of the site and plans are underway to restore and preserve the facilities with lots of help.

The dwellings remains closed to visitors but work is progressing on the exterior this season. If you’re wanting to visit the lighthouse be advised that access is limited. 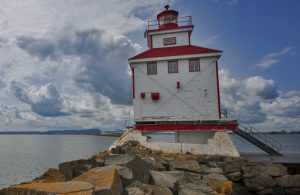 Thunder Bay Main Lighthouse is an iconic feature of Thunder Bay’s waterfront perched on the break water and marks one entrance to the Thunder Bay Harbour. Constructed after the 1887 CP Lighthouse was demolished, the lighthouse retains a familiar structure, seen in other locations in Canada,  as it was taken from Department of Transportation drawing drafted up in the later 1930’s. When constructed after the Second World War the light was call the Port Arthur Central Entrance, which accommodated shipping traffic from around the world, moving grain from the dozen operational elevators at that time. Work is currently underway to make the light more accessible to visitor but until then, remains closed to the general public. 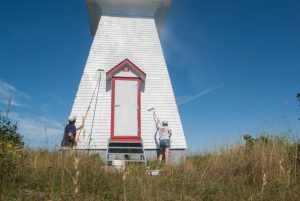 Number 10 Lighthouse is located another 15 km east of  Porphyry Island Lighthouse on the North Channel which is a recreational boater passage east and west. The #10 Island is located close to a bigger island called Shaganash. Locals sometimes refer to this light as Shaganash Lighthouse. The island has little to no amenities, but does include a ThunderBox and picnic table for visitors. Camping areas are located on the beach or on the higher ground near the lighthouse. The lighthouse is not open for public viewing but could be opened upon request. The lighthouse was built of wood in 1922 and went automatic in 1954. Future amenities are being planned currently and by the end of the 2016 season there may be some improvements.