Wabakimi – Paddling into an Ancient Land

I’m like a little kid when it comes to going on canoe trips especially the fly in type. There is something about loading all your gear and canoe into a float plane. It’s about a 30 minute flight into Smoothrock Lake but well worth the time and money. The sound of the turbo prop starting up, the whine as the prop spins into operation, I think that is a guy thing! My nose is pressed close to the window, as we taxi out to the middle of the lake. I have done this many times and the feeling of excitement is always the same. The pilot makes sure we are all ready, the engine accelerates and we are on our way. One minute the  sound of water on the pontoons, then the aircraft lifts and the unbroken panorama of the boreal forest unfolds. This is Wabakimi Provincial Park, Ontario’s second largest provincial park.  It’s a 240 km drive, straight north from Thunder Bay, to the float plane base, close to Armstrong. 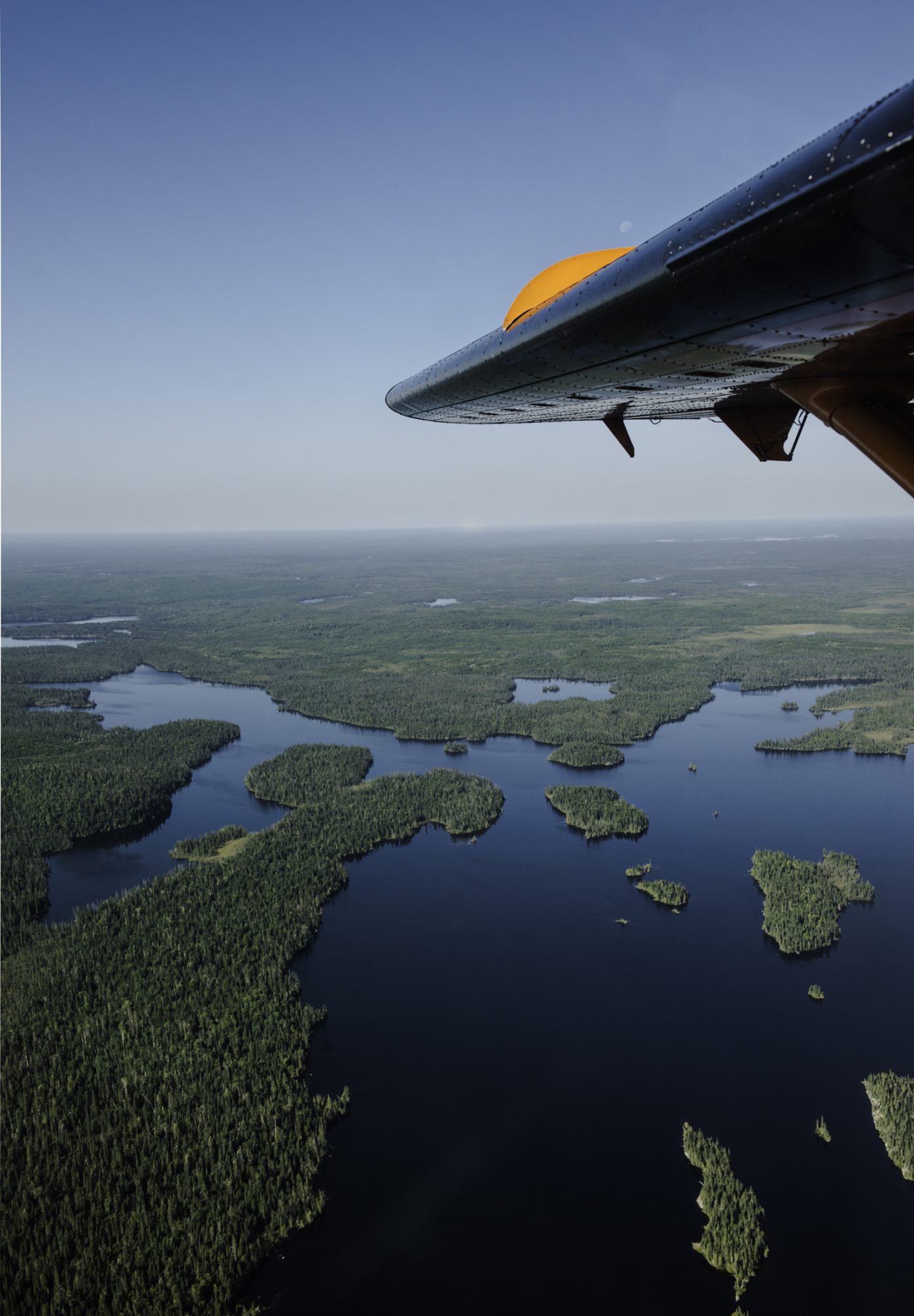 It is remote and covers as much territory as the Quetico and Boundary Waters Canoe Area Wilderness combined. If you think Algonquin is big, Wabakimi is about 2000 sq km bigger. There are big lakes, but it is also known for its many rivers, Allanwater, and the Ogoki, and along the boundaries, the Albany, Brightsand, and Kopka rivers.  Let’s not forget the whitewater on some of these rivers for the more adventurous. 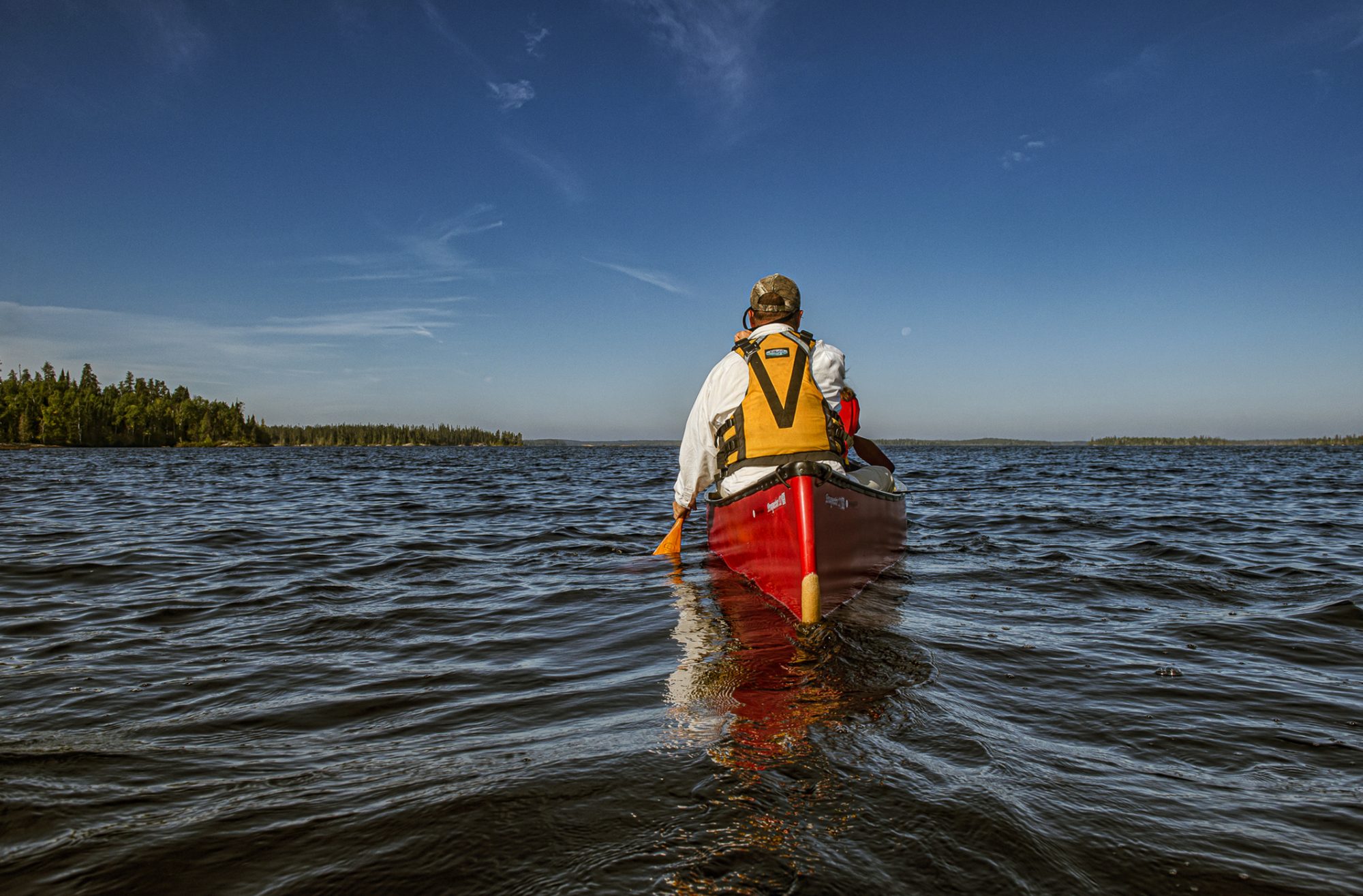 One can easily escape the modern world into the almost 9,000 sq kms of this boreal landscape. The plane makes its descent to the lake below, the roar of engine subsides as we come to a stop and then silence. The pilot gets the canoes into the water, our gear is loaded; we head off to the nearest shore to watch the plane leave. There is this feeling when you see the plane disappear into the distance, it’s now your skills to get back to the pick up point. 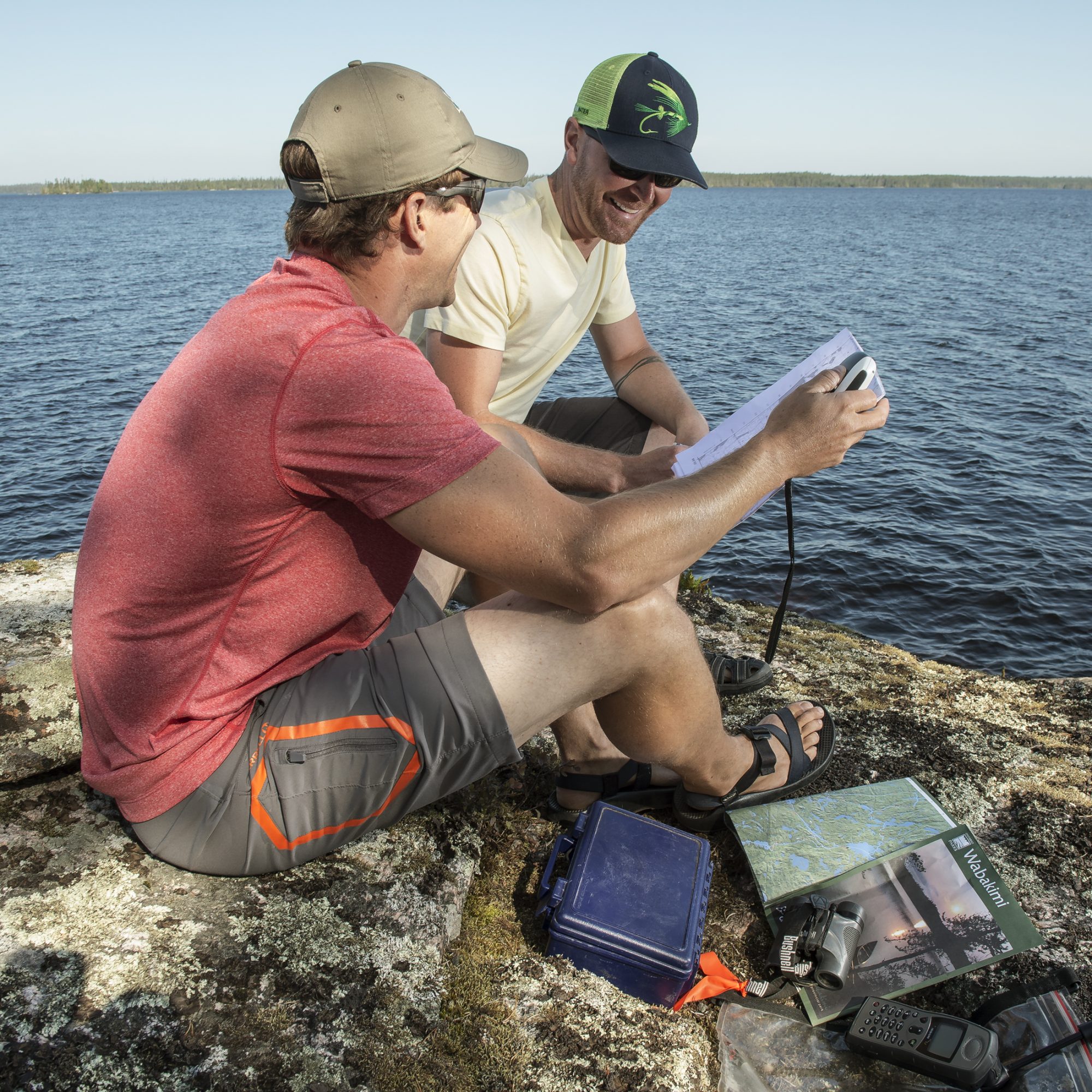 I am looking at the shoreline as we paddle, this is shield country and the boreal forest. The smells of the spruce fill our nostrils. A natural fragrance once experienced, you will never forget. There are no yellow signs to indicate campsites or portages, just your map reading skills and a compass. A GPS is good to have but the old skills are a plus if your device gets moist. 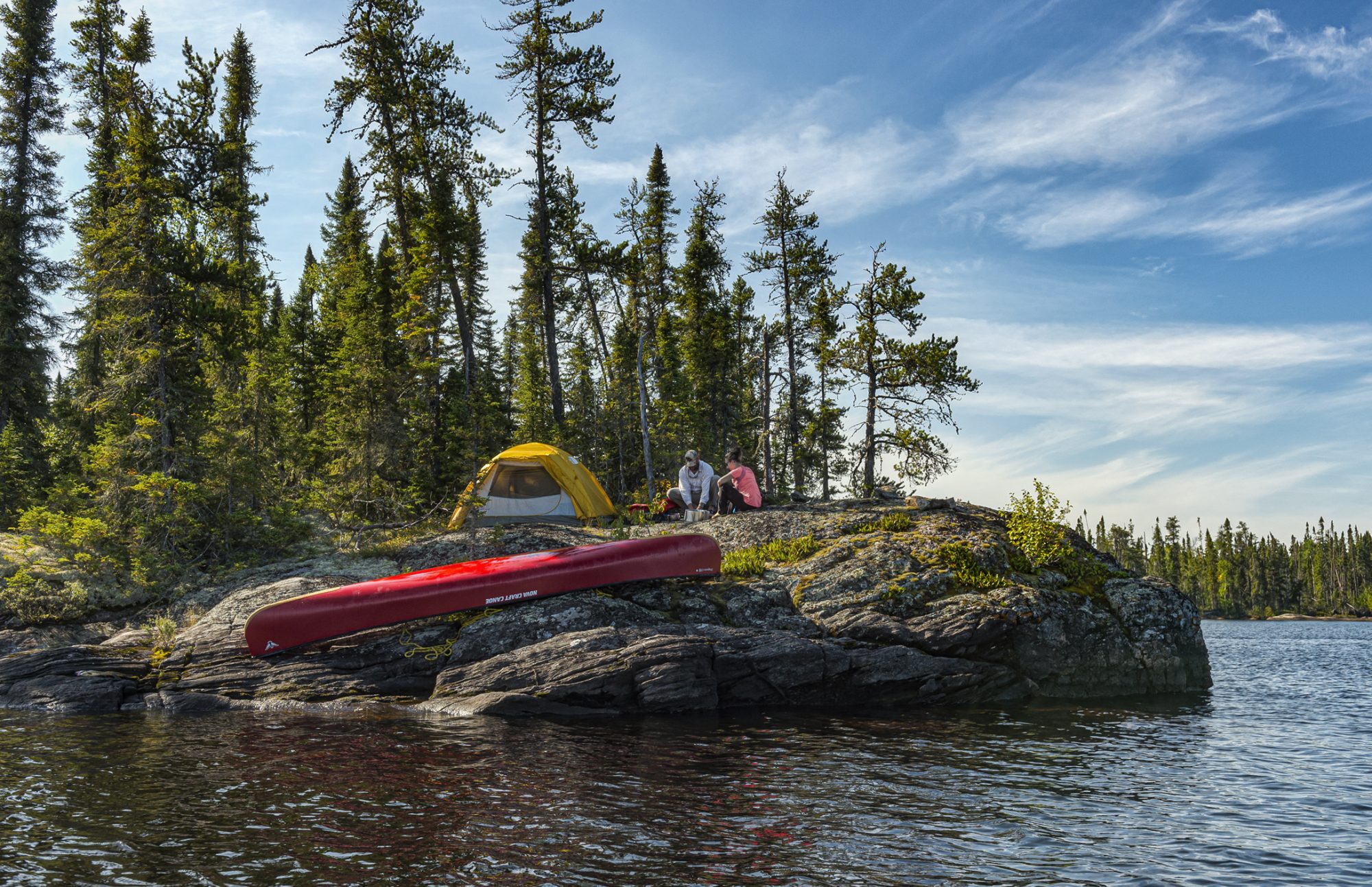 This place is different from the popular parks of the South part of the province. First, it is the silence, not saying the other parks don’t have the same but here it is unending. Laying in your sleeping bag at night, the whisper of the wind, the gentle lap of waves become the sound makers. You are hard pressed to see another human being, except for the odd person from a fishing lodge or passing canoe. Another is the campsites, sweeping pieces of granite with great views of the landscape, tents sites on a mattress of lichens and soft earth, and if like to fish, dinner is a cast away. 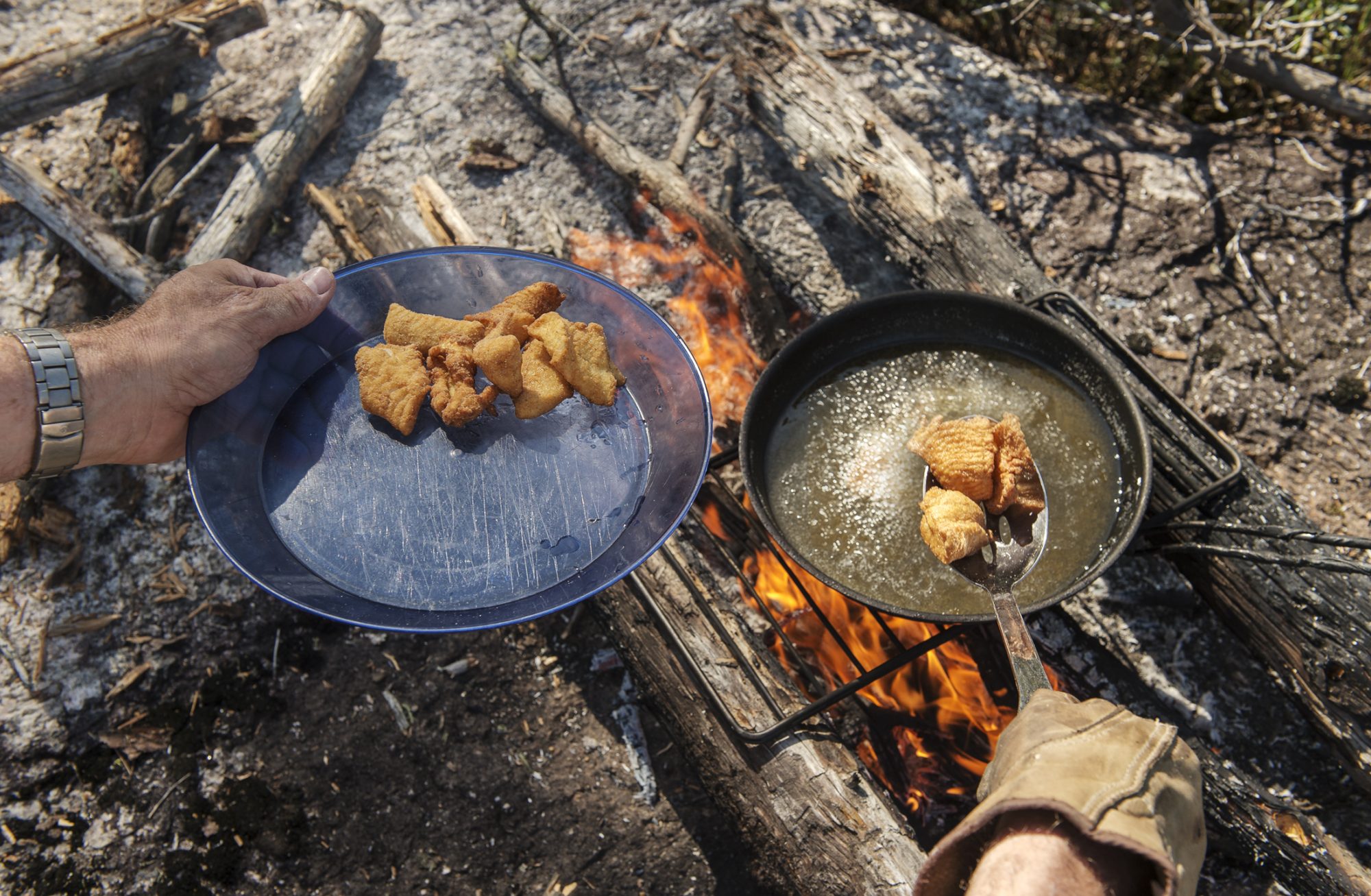 After sunset, star gazing by the campfire can’t be helped. This is the quintessential dark sky country. A billion lights winking at you each night, shooting stars zip through the night sky, and so we look up feeling the celestial pull of the Universe in this wild place. 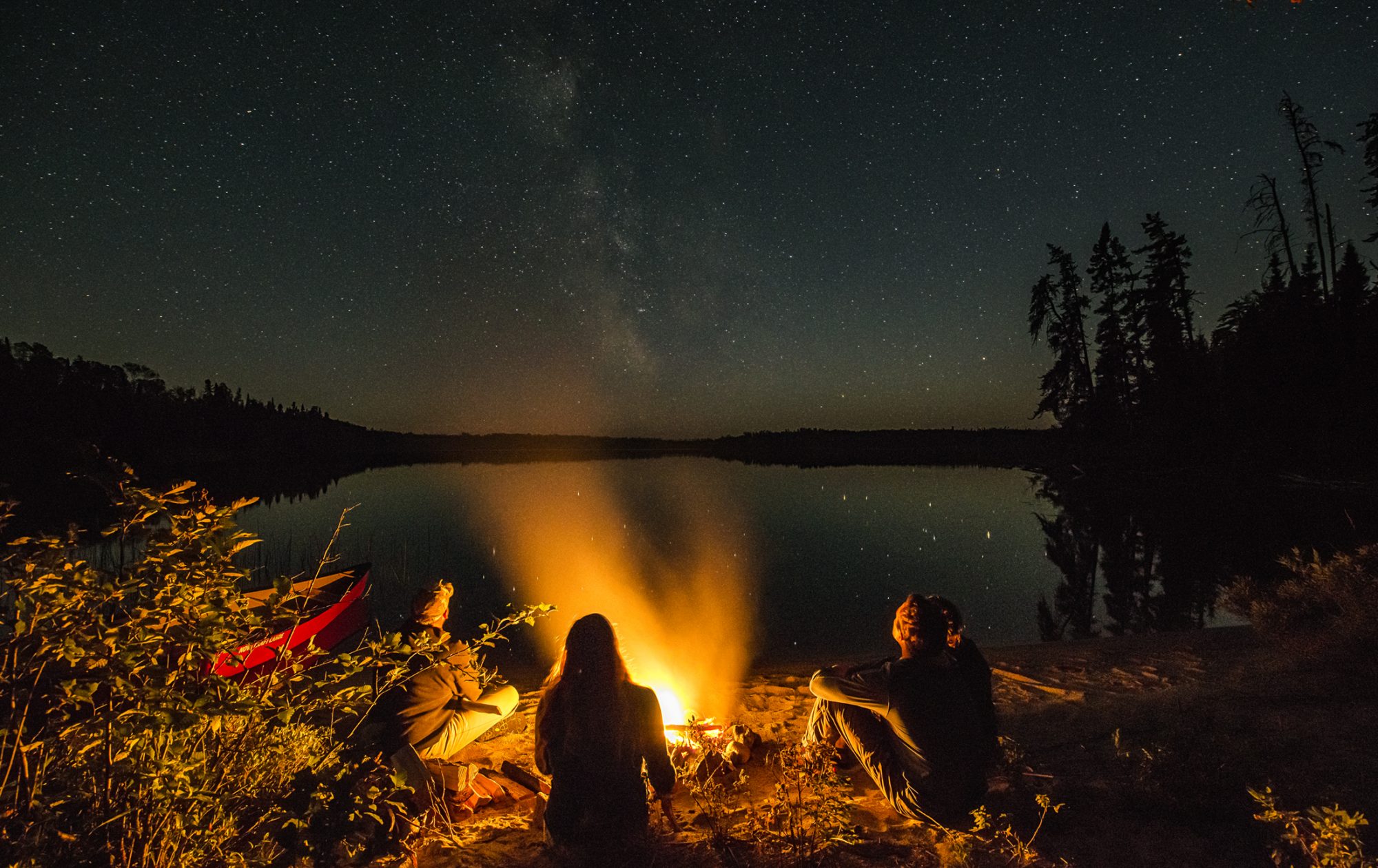 I am reminded of nature writer, Sigurd Olson, who paddled the boreal forest for many years and his writings reflect the beauty of the Canadian Shield on his canoe trips. “There is magic in the feel of a paddle and the movement of a canoe, a magic compounded of distance, adventure, solitude, and peace. The way of a canoe is the way of the wilderness and of a freedom almost forgotten. It is an antidote to insecurity, the open door to waterways of ages past and a way of life with profound and abiding satisfactions. When a person is part of their canoe, they are part of all that canoes have ever known.” 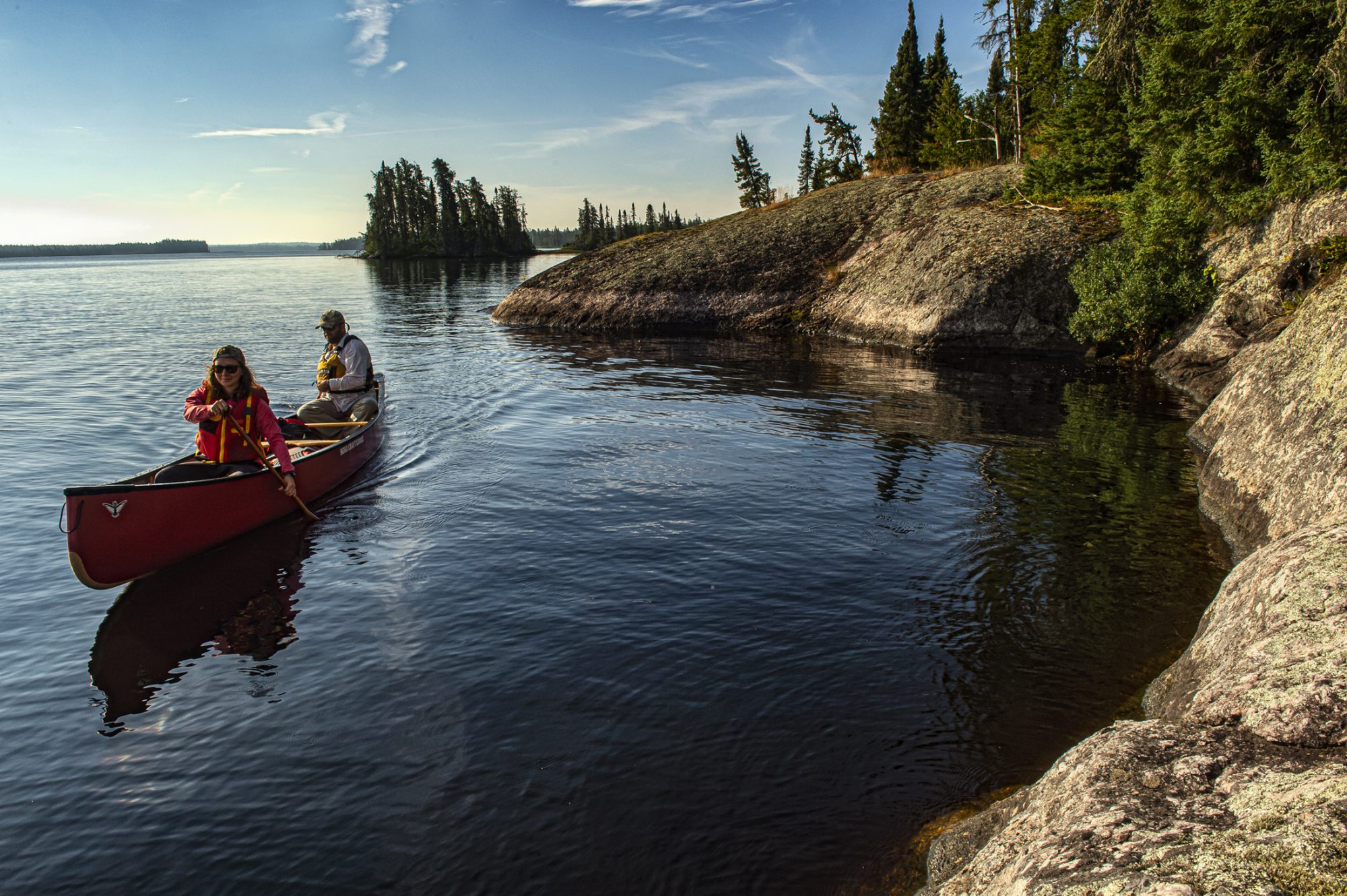 Paddling here is also a step back in time. The waterways have been travelled for centuries by the Ojibway as well as most portages in the region. Pictograph (rock painting) sites found throughout the park tell some of the story of this ancient landscape. 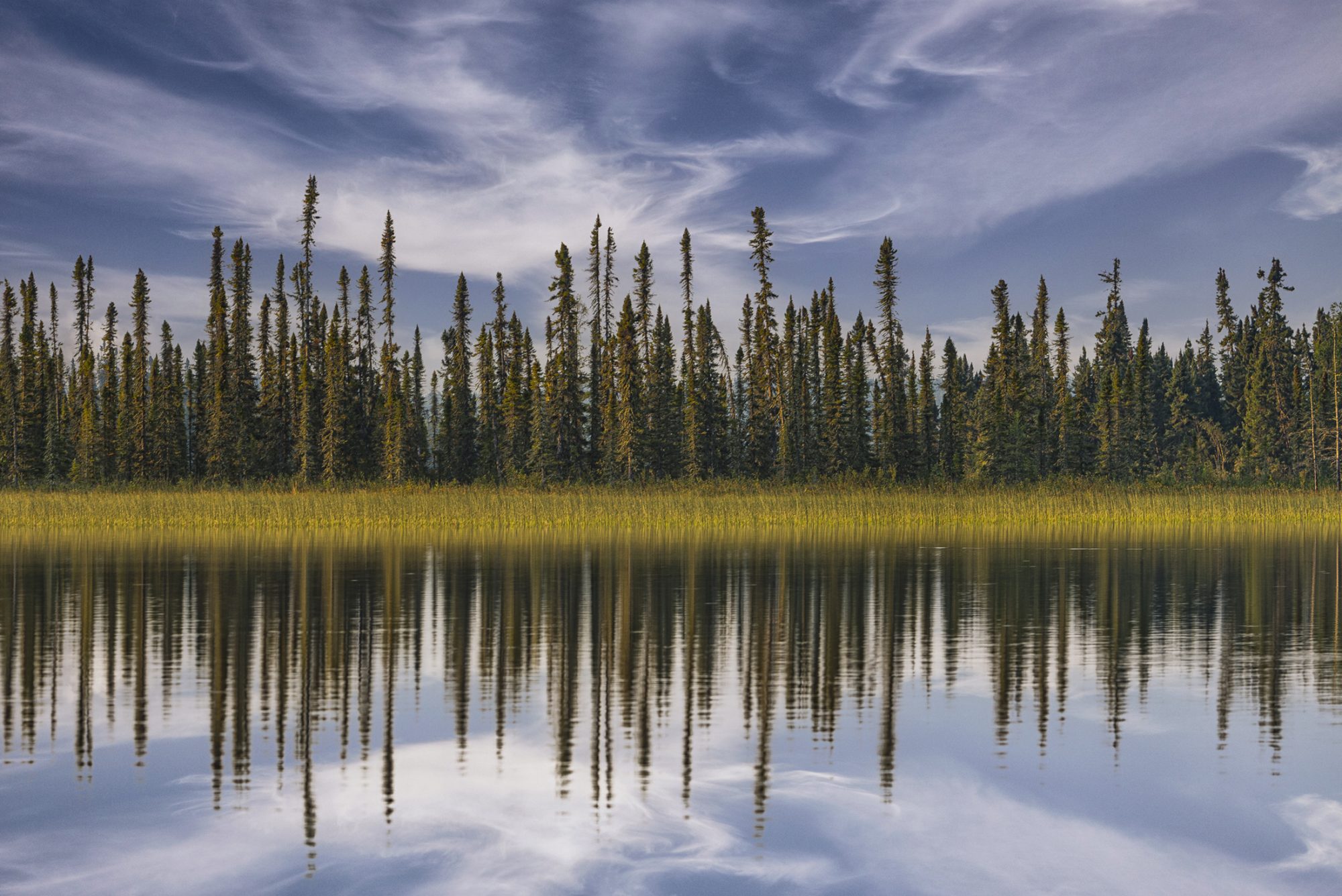 There is something about a place that is run more by nature than man. You feel small in Wabakimi, paddling from lake to lake or down the Allanwater or making your way up the Caribou River. One thing I always try and do when on a trip in these remote locations is spend more time experiencing the land verses covering too many kilometres in one day. 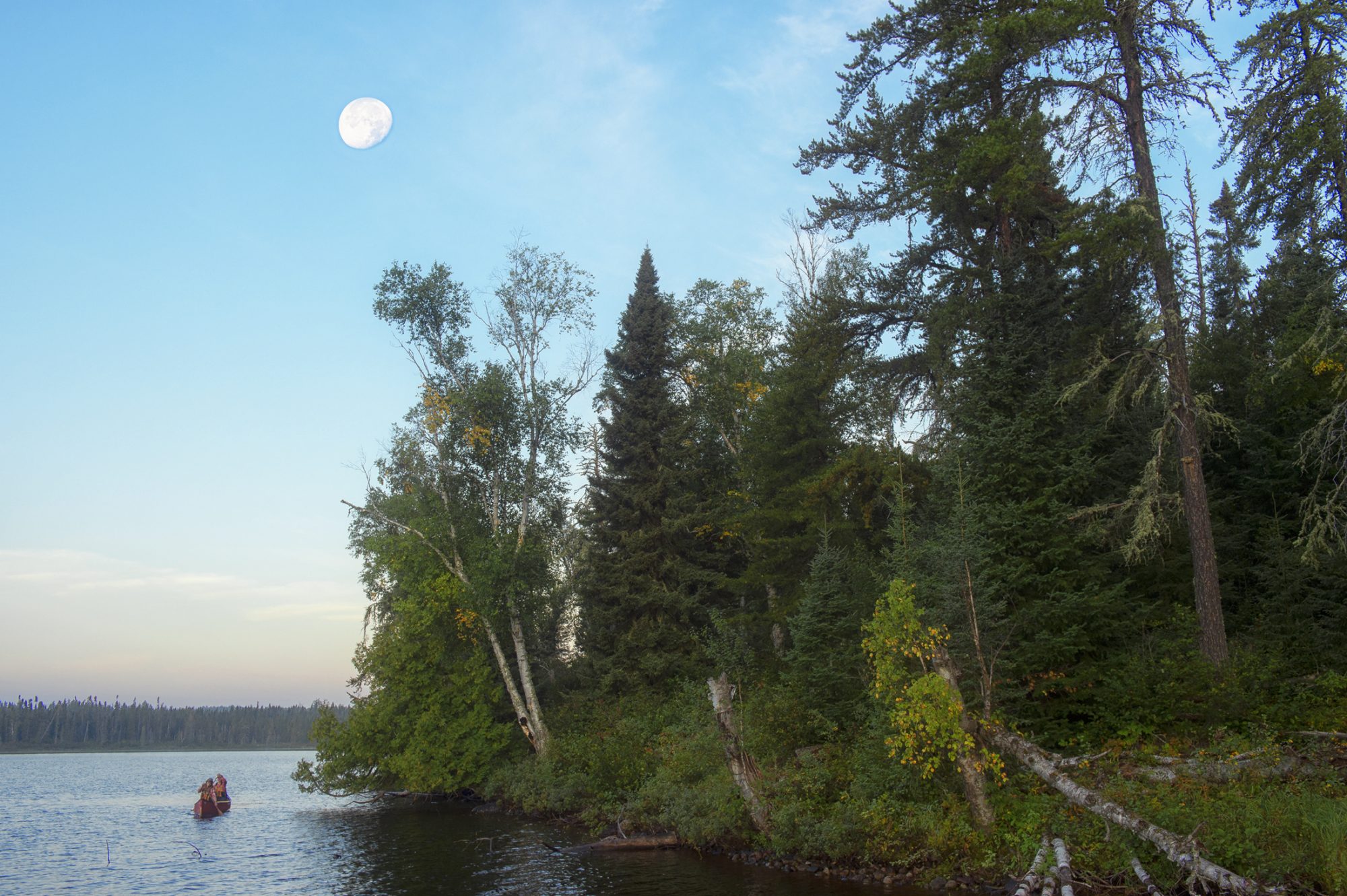 If you can, and you are a paddler, plan a trip to Wabakimi, you will not be disappointed. There are other ways to access the Park besides float planes. Catch the train out of Armstrong and get dropped at a pre-determined spot along the rail line or arrange a car shuttle to an access point outside of Armstrong. Ontario Park Permits are required and can be purchased on-line. 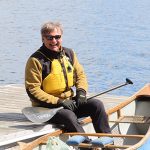 Rob is an internationally published, award-winning photographer best known for capturing the wilds of the Canadian outdoors and the polar regions of our planet. He teaches photography part time at …