All fish are different and require care when being handled, sometimes in unique ways. Let’s look at the proper methods of handling and releasing fish. 3 species in particular that often don’t get much attention for these methods are smallmouth bass, perch and whitefish.

The smallmouth bass is an increasingly common catch in Superior Country. They are native to Lake Superior and many of the coastal tributaries of Superior. The have also been introduced widely into many inland lakes as well and have spread as far north as Nakina. Smallmouth bass are a hardy fish and can take more handling than your average sportfish. They also have a strong lower jaw that can be used to hold them, since they lack the sharp teeth of pike, walleye and most of the trout species. Yet bass also require care If they are to be released. 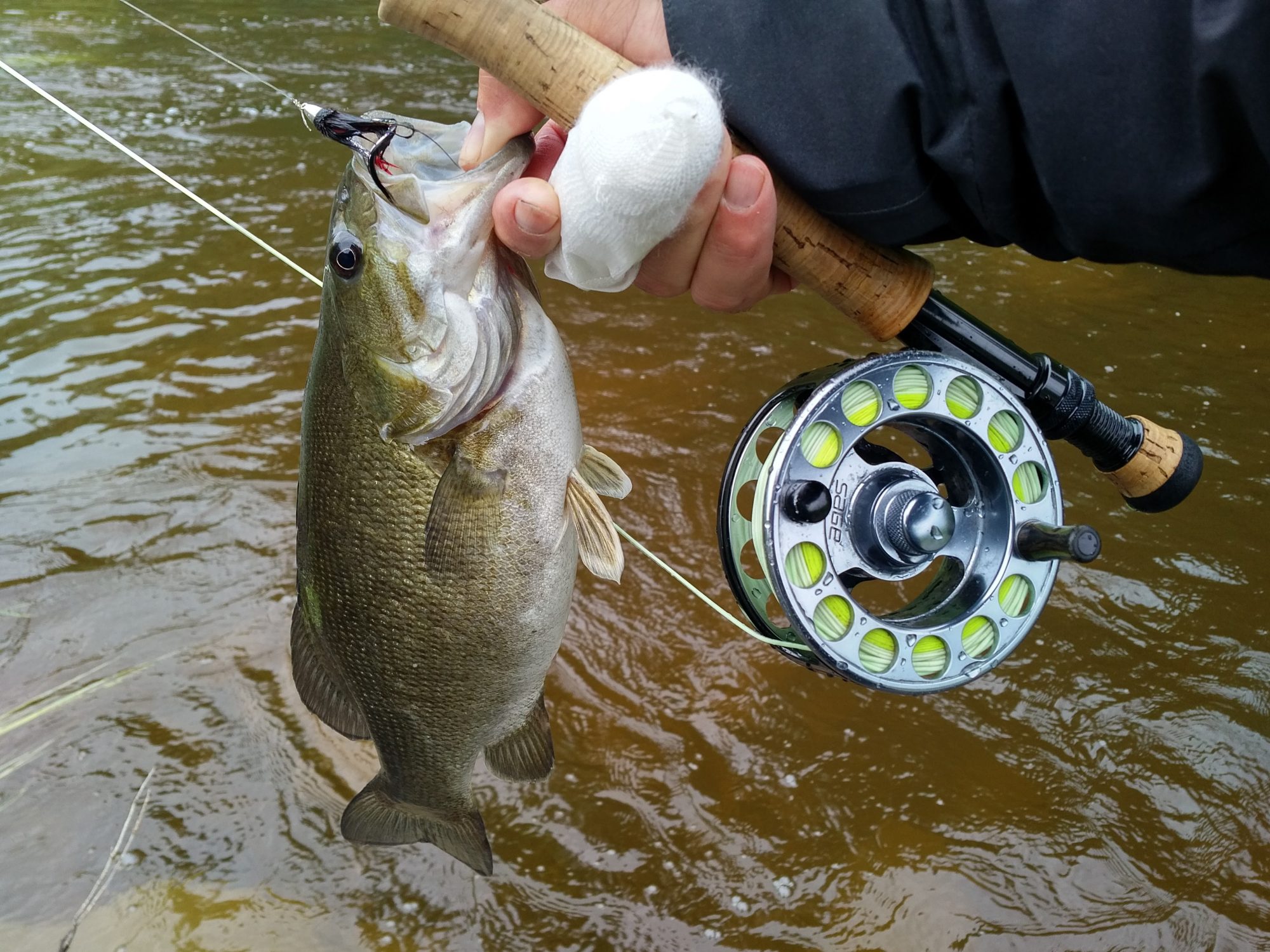 Smallmouth bass can be hand landed or even flipped into the boat. I would only recommend hand landing if you have caught the bass on a single hook lure like a jig or a Texas Rigged rubber worm. Trying to grab a flopping bass boat-side that has hit a multi-hook lure, is a recipe for disaster. You only need to get treble in a hand once to think twice about the boat side grab. Flipping a bass into the boat requires heavier braided line and a stout rod. Trying to do this trick with a light rod and light line won’t end well for the rod or could cause a break off. Neither of these outcomes is great. Netting bass is safe and easy, and they are a compact fish, so they tend not to wrap up in mesh. I’d still recommend using a rubber or rubber coated mesh net, to avoid getting hooks buried in nylon. 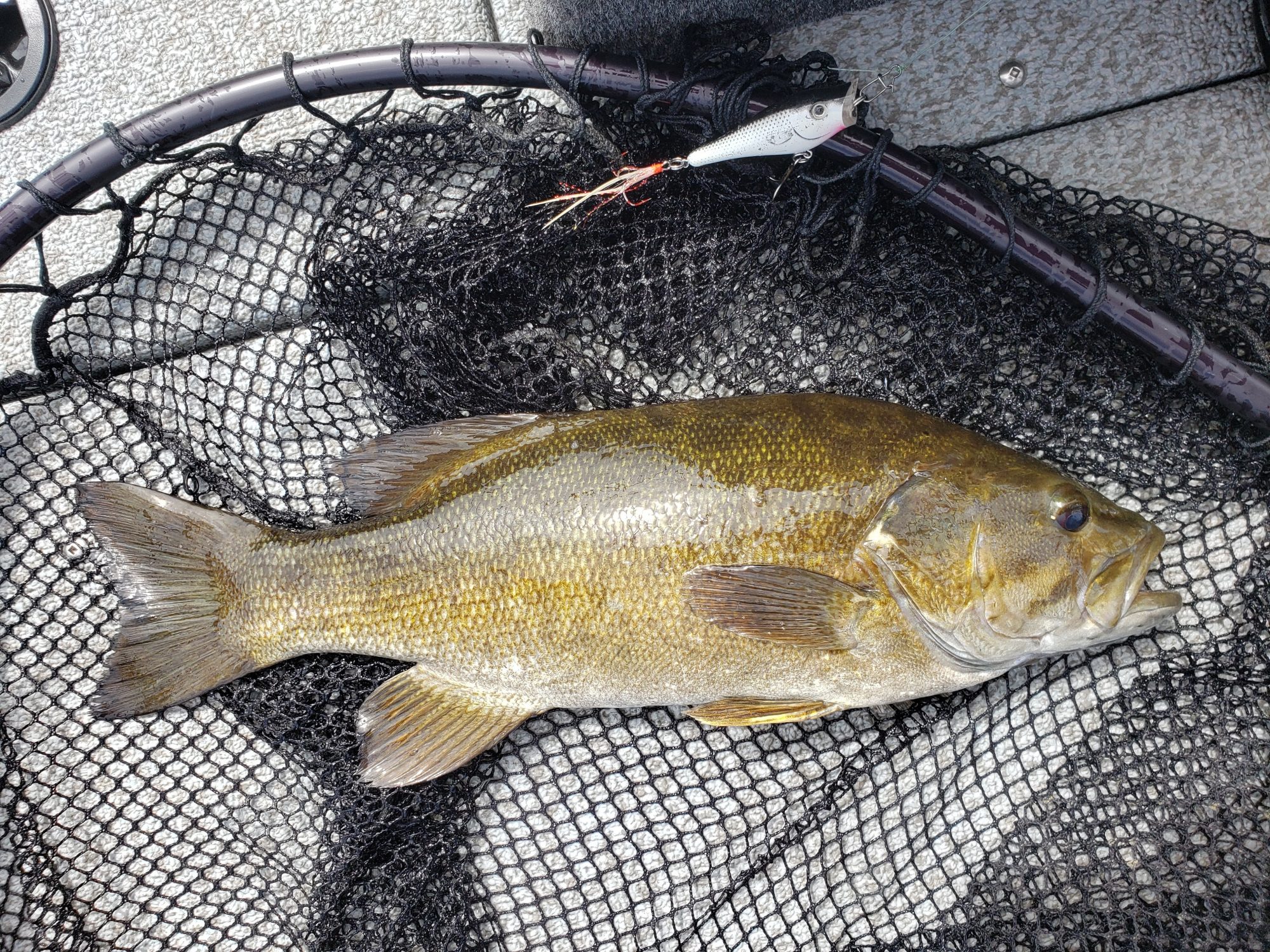 A pair of pliers will get most hooks out of bass quickly. Be very careful around the dorsal spines of a bass as they can easily puncture skin and lead to an infection.  As mentioned, smallmouth bass can be held by the lower jaw, but it’s still a good idea to support the weight of the fish with your second hand when possible. This is especially important with larger specimens. Also, don’t bend the jaw too much in a horizontal manner, as this could dislocate or break it. Bass are tough, but they are not indestructible. To release a bass, hold it under the belly in the water and allow it to breathe on its own until it swims off.

Perch are one of the smaller sport fish in Superior Country and don’t get a lot off attention outside of the winter fishery on Lake Superior’s Black Bay. Yet perch are a favorite fish for many beginning anglers and children as they are willing biters and can be easily accessed off docks and bridges. Perch are also good eating so release of these fish is rarely discussed. Yet smaller specimens and the big jumbo egg laying mama perch are both excellent candidates for release. 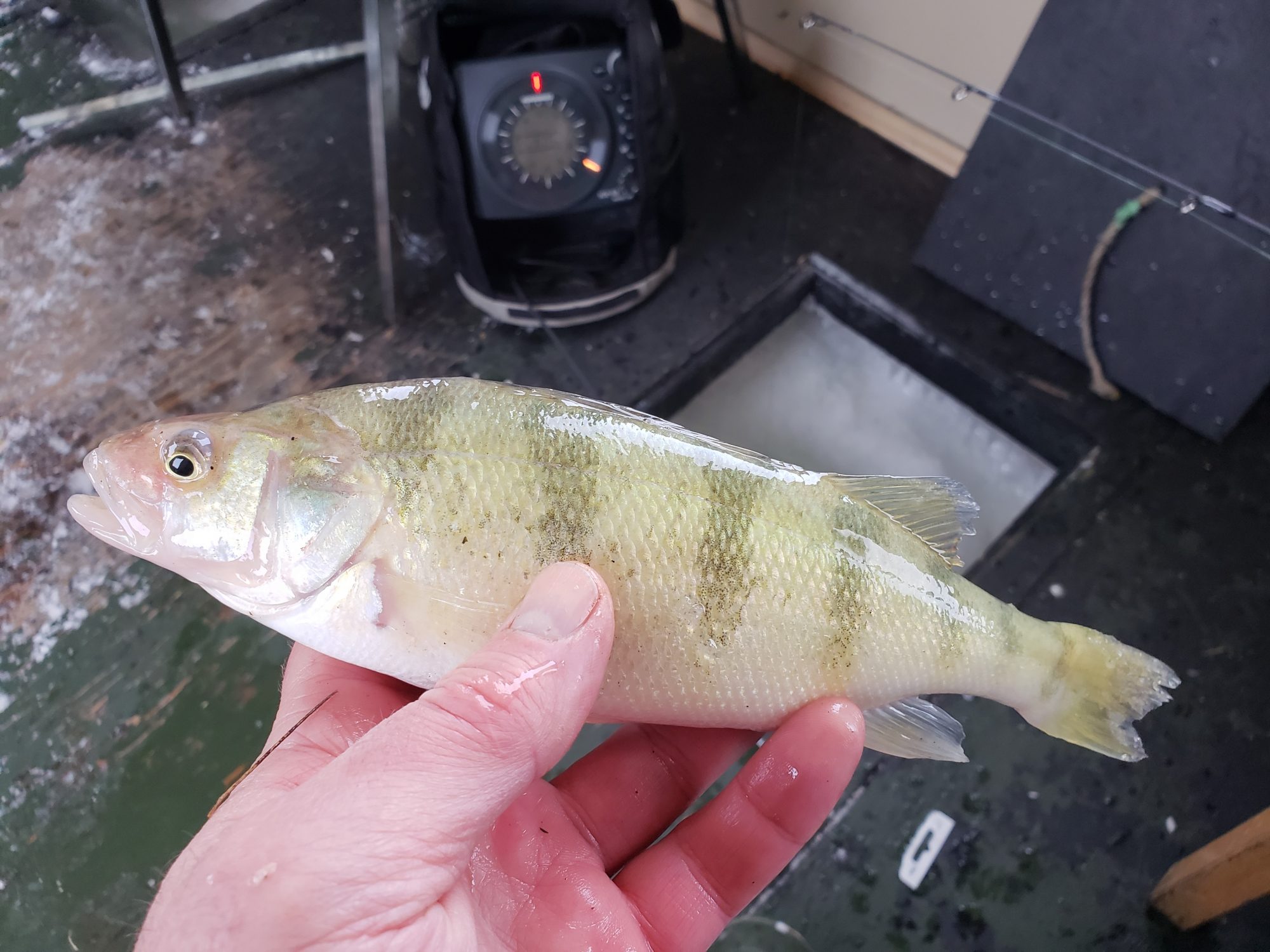 A perch rarely needs a net. They can be lifted into the boat or onto the dock. The one exception might be a perch that is unusually large, then a small trout net would be handy. Almost all perch are caught on single hook jigs or a single baited hook so unhooking them is less problematic. That said, perch are all spines and sharp edges and if you are not careful, you will get poked. A perch spine in the hand is remarkably painful, so wearing a wet cotton glove when handling these fish is not a bad idea. 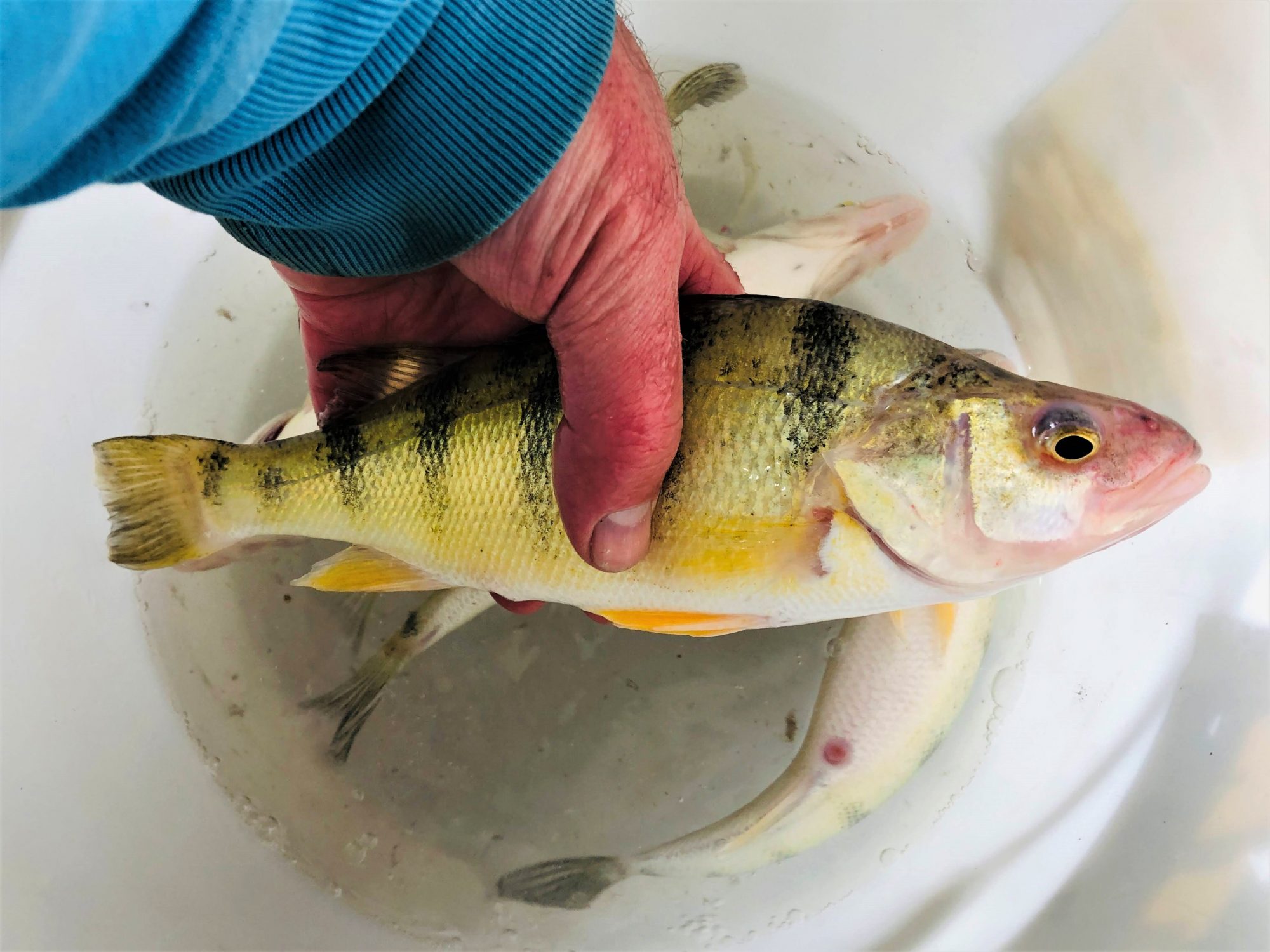 Releasing perch is generally easy as they are hardy if unhooked and returned to the water quickly. The one exception is when a perch is caught in deep water. Then they can suffer from barotrauma, which usually manifests itself as the air bladder sticking out of the mouth. A perch in this state is not releasable. Moving into shallower water to fish will reduce the likelihood of catching perch suffering barotrauma.

One of the more interesting fish in Superior Country is the whitefish. They are closer to a trout than a sucker, although they have a slightly underslung mouth that does not looks like the mouth of a predator. Yet whitefish can eat minnows and bait fish as well as a lake trout. They are, however, quite a delicate fish to handle. The mouth on a whitefish is smaller and thinner boned than trout, and they have scales that are shed easily. Whitefish also have delicate fins. I’d recommend always landing a whitefish with a rubber net. It is much easier on the fish and less likely of damage to the fins and scales. 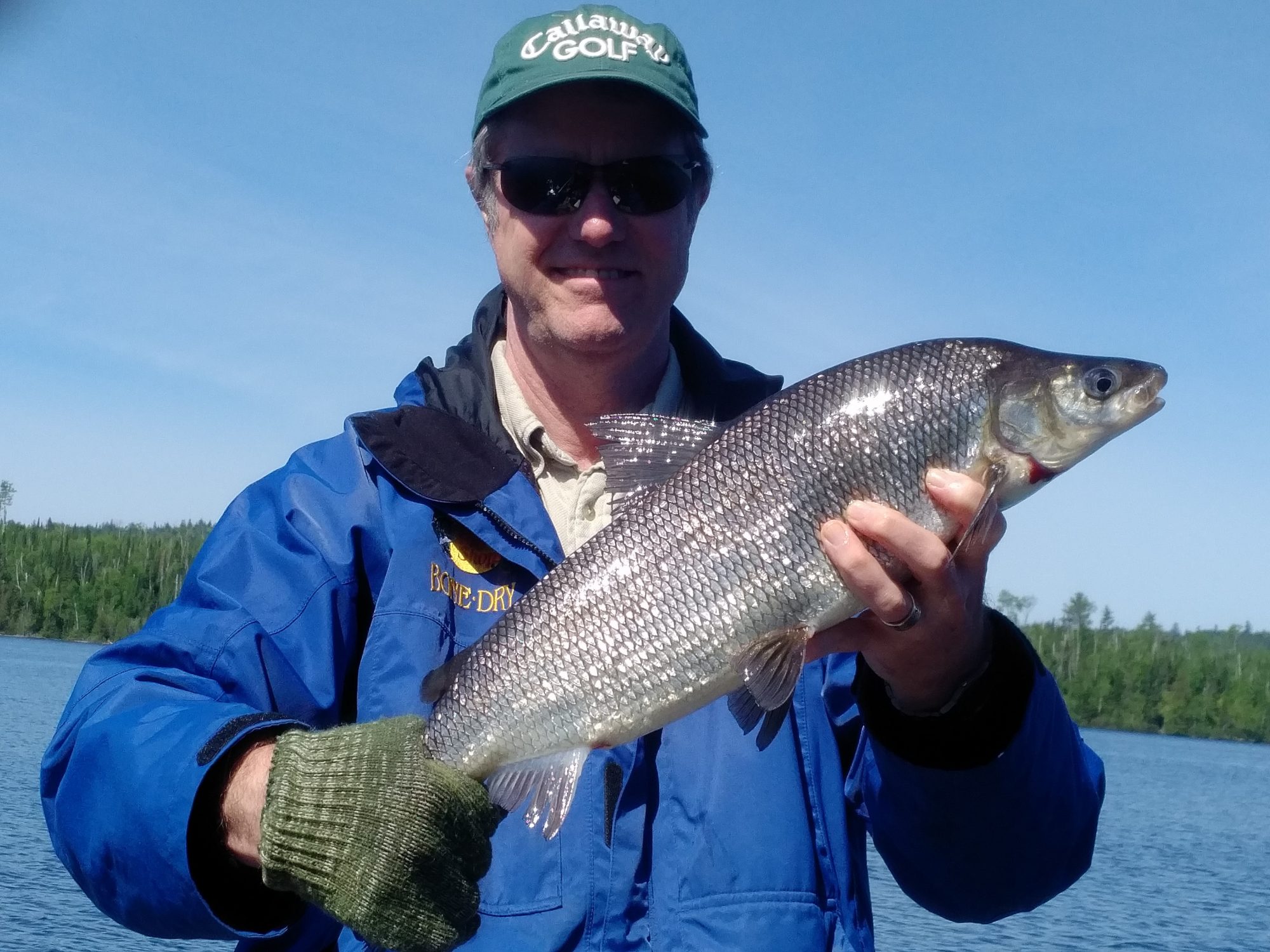 If you want to keep the fish (whitefish are delicious) kill it and put it on ice. Whitefish will not last a minute on a stringer and don’t survive in a live well. Whitefish are a cold-water fish. They need to be handled as little as possible if they are going back in the water.  If you do want to to hold a whitefish for a picture, you should use a wet cotton glove. This will allow you to grip the fish by the wrist of the tail and support the belly with your other hand. Whitefish are one of the most active, wiggly fish of all and are a pain to try and keep still for any period of time. Don’t be surprised if you give up and just let it go back in the water. 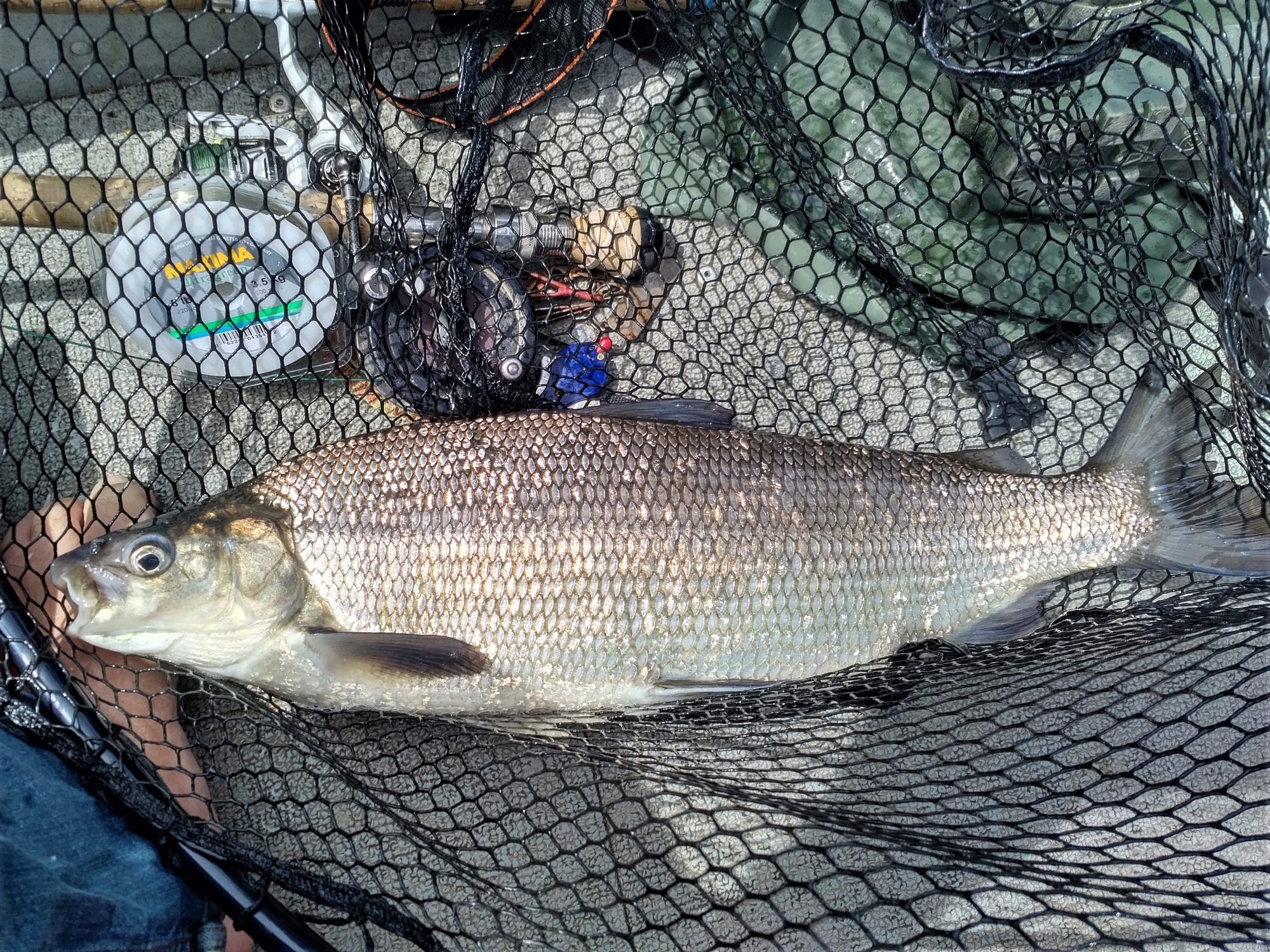 Proper handling and releasing fish you catch is an important part of an angler’s responsibility. Having the proper tools and knowledge to do the job properly will make your fishing experience in Superior Country that much more enjoyable. 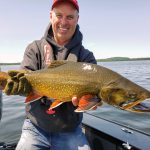