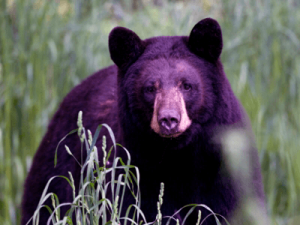 As a young man, growing up in Northwestern Ontario, my opinion of black bears was pretty dim. Everyone I knew considered them vermin and not worth hunting. Bears, I was told “stunk” as they only lived in dumps and were inedible. To be honest, most deer and moose hunters considered hunting bear beneath them. Many still feel that way.

So is it any wonder bear hunting has suffered such a bad rap? There’s so much misinformation about bears repeated by hunters and anti-hunters alike. In Ontario, anti-hunting groups have really used rampant ignorance about bears to their own ends. In the late 1990s, anti-hunting groups financed a largely inaccurate campaign to create a media fire storm around spring bear hunting. Hunters were painted as barely above savages, killing helpless sows and cubs as they left the den. The ads never mentioned that shooting a sow was illegal in the spring. Cubs were being orphaned! The Ontario government bowed to the pressure and hunting bears in the spring was banned. 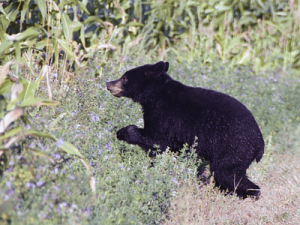 Yet bear hunting in the fall continues in Ontario and has grown in popularity. It is certainly one of the most exciting and challenging pursuits a hunter will ever undertake. You can get that thrill from a tree stand hunt for sure, but if you want to know what it’s like to match wits with a predator on its own turf, try stalking bear. There is a mix of excitement and primal fear when stalking a bruin that’s unlike any other hunt in North America. You can find bears feeding in the open where ever there is abundant natural food. Blueberry cuts, corn fields and old apple orchards all have bear potential. If you don’t get pumped trying to sneak up on a fridge sized bruin, buddy, you can’t be breathing.

My first real bear stalk took place two years ago in a huge blueberry patch north of Thunder Bay. It was late September but the temperature felt more like early August. A friend and I were scanning cut-overs, looking for bears feeding on the late blooming berries. My partner had already taken a nice boar in the berries a week or two before, and had seen several other really big ones as well. As the day light waned, we spotted an enormous black bear striding out of a black spruce swamp into a cut that was glowing blue with berries. The bear was moving at a rapid pace and was about 250 yards away. It seemed unaware of us and disappeared down the back of a hill. With rifle tightly in hand, I headed in.

The bear was not visible as several dips and rises obscured the view. To top it all off, the walking was rough, it was getting dark and the bugs were off the charts. It felt like the bear was going to suddenly appear in my face. My heart was beating so hard I could hear it in my throat. 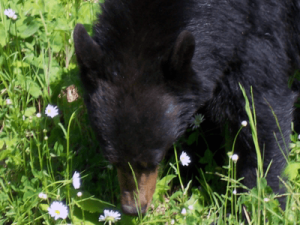 About 150 yards in, I topped a rise and saw the big boar. It was 200 yards away, feeding in a berry patch. It looked about the size of a black Volkswagen Beetle. The gun went up, and the 9 power scope found the bears shoulder. The rest of the experience is a blur, but stalking up on my downed bear was one of the more gut wrenching things I’ve ever done. However, the 180 grain bullets had done their work. It was a huge beast and weighed in excess of 400 pounds. Its pelt was a thick ebony and it smelled like the woods. A simply gorgeous creature. That bear was absolutely stuffed with berries and had been feasting for days, if not weeks. I’m also happy to say the meat from that boar was as tender and tasty as the finest deli pork. You could not get a more organic flesh.

Bear hunting has only increased the admiration and respect I have for these great animals. They are perfectly suited to the north woods and are a cunning quarry. Ontario has a healthy and growing population of these animals and the harvest is well managed. If you want to try a truly thrilling hunt, stalking bears is a good place to start.