There are hundreds of parks and protected areas Northwestern Ontario, including three large wilderness parks (Quetico, Woodland Caribou, and Wabakimi).  In recent decades, the number and size of parks and protected areas in Northwestern Ontario has increased hugely and is now a whopping 14 percent. Much of that increase is due to the creation of the newest and largest: Wabakimi Wilderness Park is the world’s biggest paddling area and a special reserve for rare woodland caribou. Wabakimi means “shining waters” in Ojibway. Wabakimi is a 2.5-hour beautiful drive on Hwy 527 north of Thunder Bay and the Trans-Canada Highway (11-17). Wabakimi was created in three stages: Small in 1983, big in 1995, and huge in 1999. The wilderness portion is now 1 million hectares (2.5 million acres), as big as Connecticut or Prince Edward Island. In 1999, the creation of attached nature reserves, waterway parks, and conservation reserves raised that to 2 million hectares (5 million acres) … twice as big as Yellowstone! 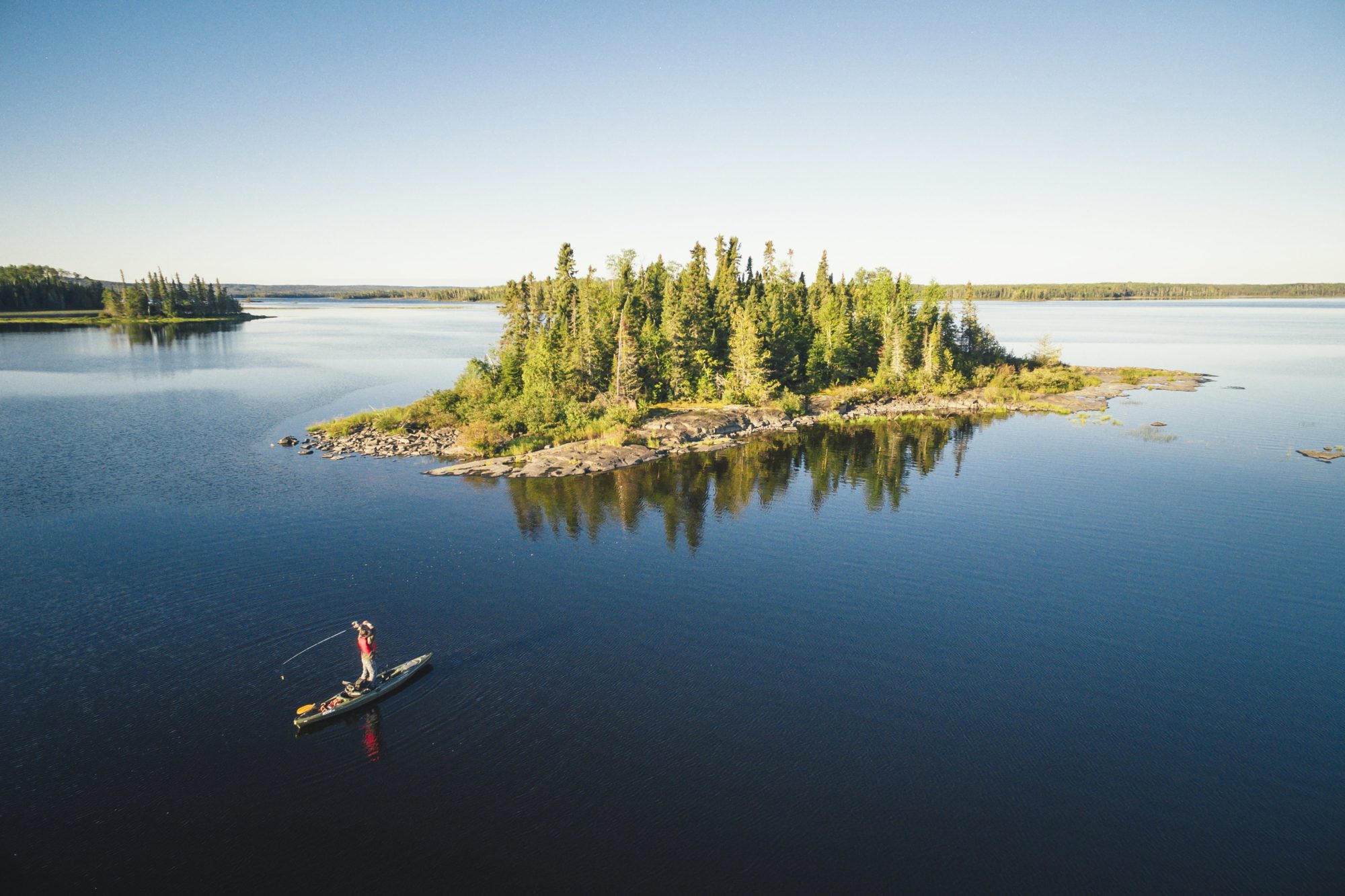 Home to about 500 rare and threatened woodland caribou, few members of the public have ever heard about it. Less than 1000 paddlers per year visit it, and a similar number of fishermen who fly into remote outpost cabins get to see caribou and other wildlife while enjoying amazing fishing for walleyes, big northern pike, and trout. Wabakimi has never been roaded or logged, with thousands of lakes and dozens of rivers. True unspoiled wilderness, Wabakimi offers hundreds of canoe routes, some good for whitewater, and many flatwater routes of varying difficulty from moderate to challenging. In addition to the caribou, Wabakimi has good chances to see wildlife, including moose, bears (wild ones that will not harm you), wolves, otters, beavers, mink, hawks, eagles (both bald and golden), sandhill cranes, hundreds of other bird species, and lots more. Maybe even a rare wolverine! 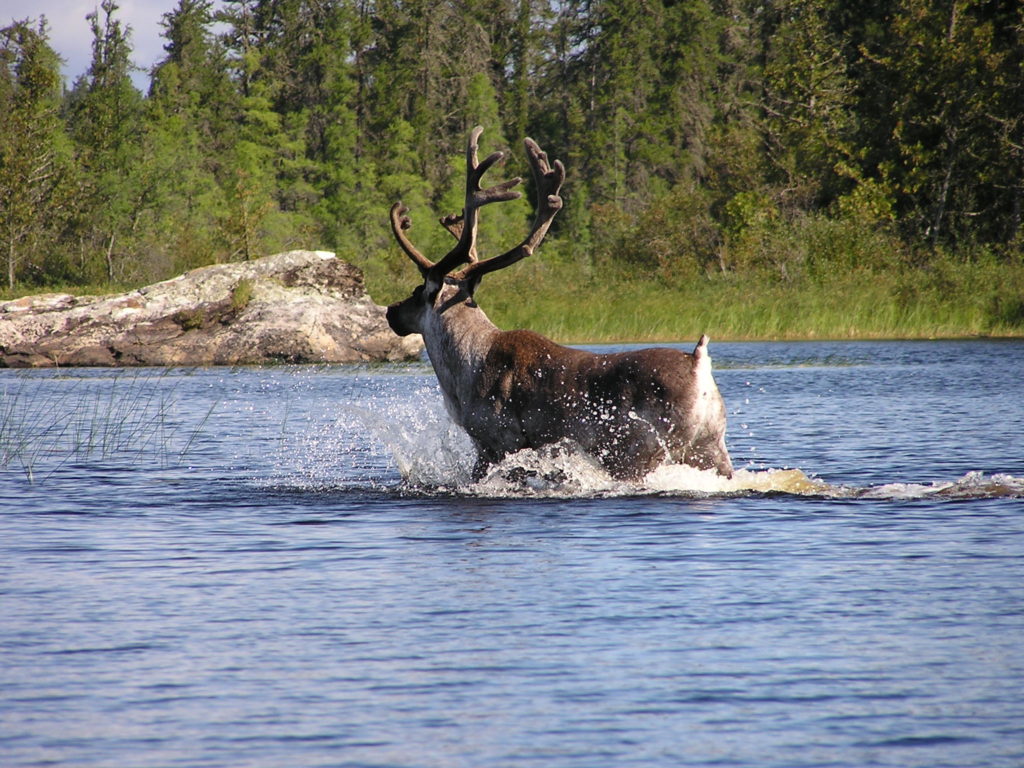 Wabakimi has a limited number of access points by truck or car (not a single road inside the boundaries), so some people take the “bush train” west from Armstrong into the southern boundary of the park and paddle back to a hot shower and their favorite beverage. Increasingly, many park visitors fly into the park in a de Havilland Beaver or Otter floatplane, boarding the train or floatplane in the 21st century, and soon are reveling in untouched virgin boreal forests that feel like a time warp back to the voyageur days of the 17th century. About half of the park visitors are families or fishers who fly into a simple but comfortable cabin on a remote lake suitable for groups from 2-10 people for a week that includes unique things: solitude, no cell coverage, a lake all to themselves, chances to see wildlife, and fantastic fishing. All outposts have outboard motors. Some also have canoes and kayaks, and one outfitter now has solar power and the option of silent and non-polluting electric outboards. 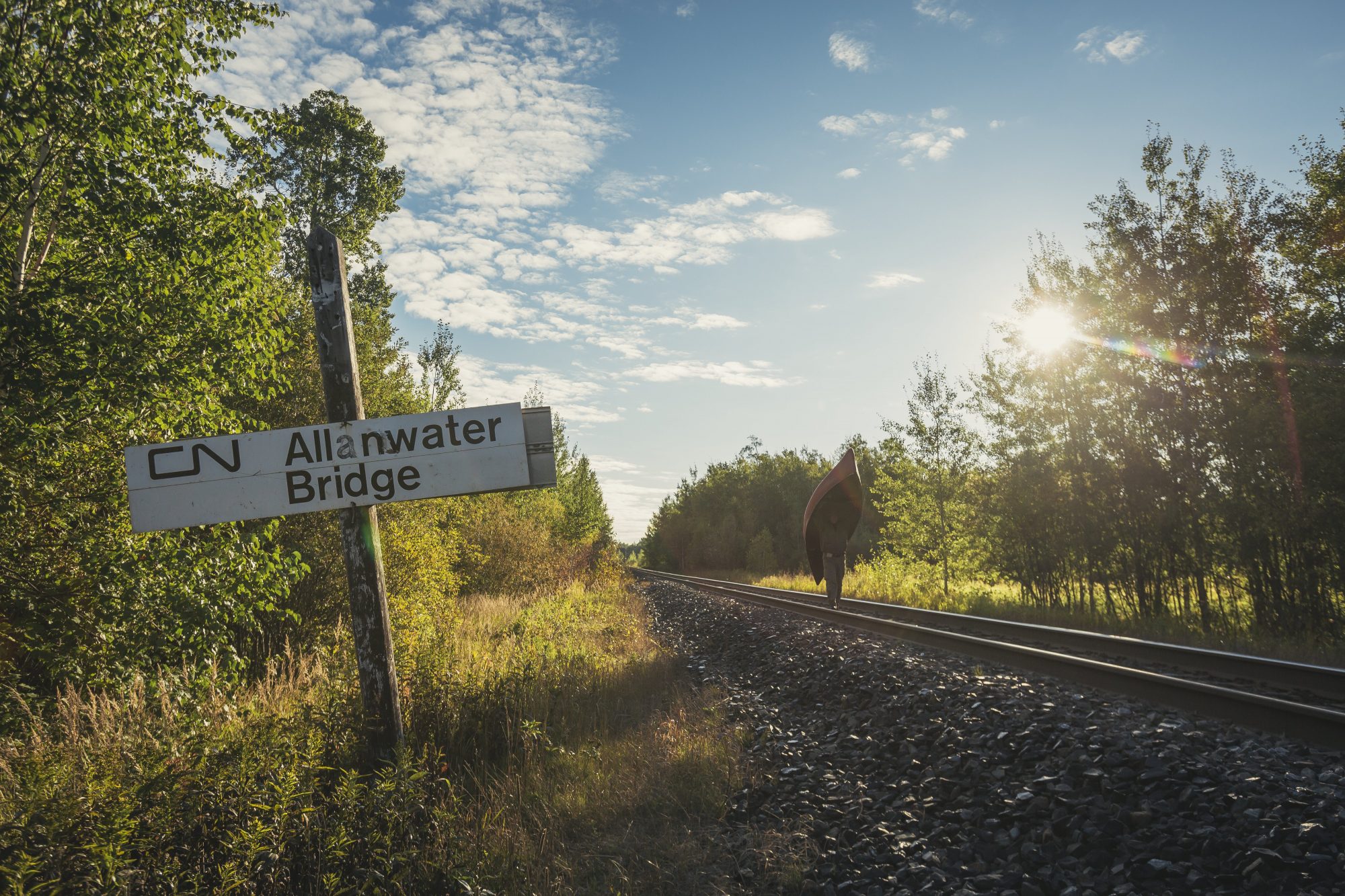 Canoeists are beginning to discover Wabakimi, as the Boundary Waters Canoe Area (BWCA) and Quetico are getting crowded. Wabakimi visitors are paddlers who typically stay one night at a lodge near Armstrong, and at dawn board either train-in or floatplane to fly into remote canoe routes to paddle and tent where they are far more likely to see a woodland caribou than another paddler.  Area outfitters have overview maps of the park’s canoe routes, and detailed maps with notes on portages, campsites, great fishing spots, ancient pictographs, where to best see wildlife, and how to avoid the few lakes that have outboard motors. There are portages between many lakes and around rapids and spectacular waterfalls. Outfitters know the parks routes well, and supply as much or as little equipment as is needed. Some offer both guided and do-it-yourself trips. Some have accommodations pre or post trip, with sumptuous buffet meals. It is sometimes possible to combine a canoe trip and a remote outpost experience. 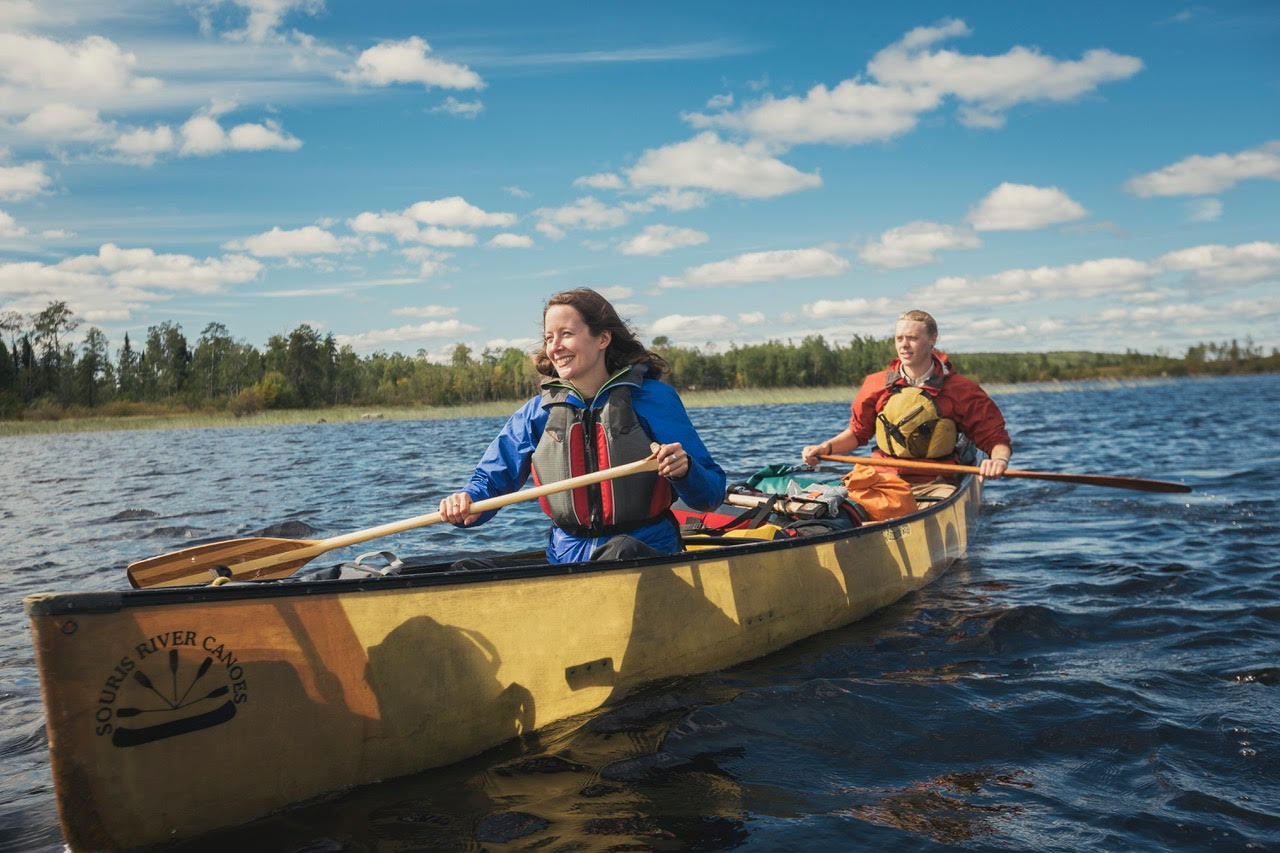 Visitors to Wabakimi come from all over the world. Thunder Bay has an international airport; there are many flights per day by Air Canada and Porter Airlines. Thunder Bay has great hotels and restaurants, and lots of fun things to do like Fort William Historical Park and a spectacular waterfront. Some visitors rent a car there for the beautiful ride to Armstrong, and some outfitters provide shuttle service. Of course, some visitors drive their own car on the beautiful ride on good highway northward to the jump-off hamlet of Armstrong. There are no services enroute, so fill up that tank in Thunder Bay or Armstrong!

It’s simple to find out more about Wabakimi: just use your favourite search engine and type in Wabakimi!