Winters in Northern Ontario can be long and cold. Navigating them with a pair of skis attached to your feet makes you see the beauty of the season much more readily.

Let’s start our Superior Country skiing adventure in Thunder Bay which has long been a Mecca for skiers of all ages and abilities.

There aren’t as many ski resorts around the city these days, but those that remain have certainly stood the test of time. Take Mount Baldy. Located on the North shore of Lake Superior in Shuniah Township, this has been one of the Thunder Bay area’s most popular ski (and more recently, snowboarding) destinations for over 60 years. For you trivia fans, Baldy opened the first chairlift in Ontario in 1959. 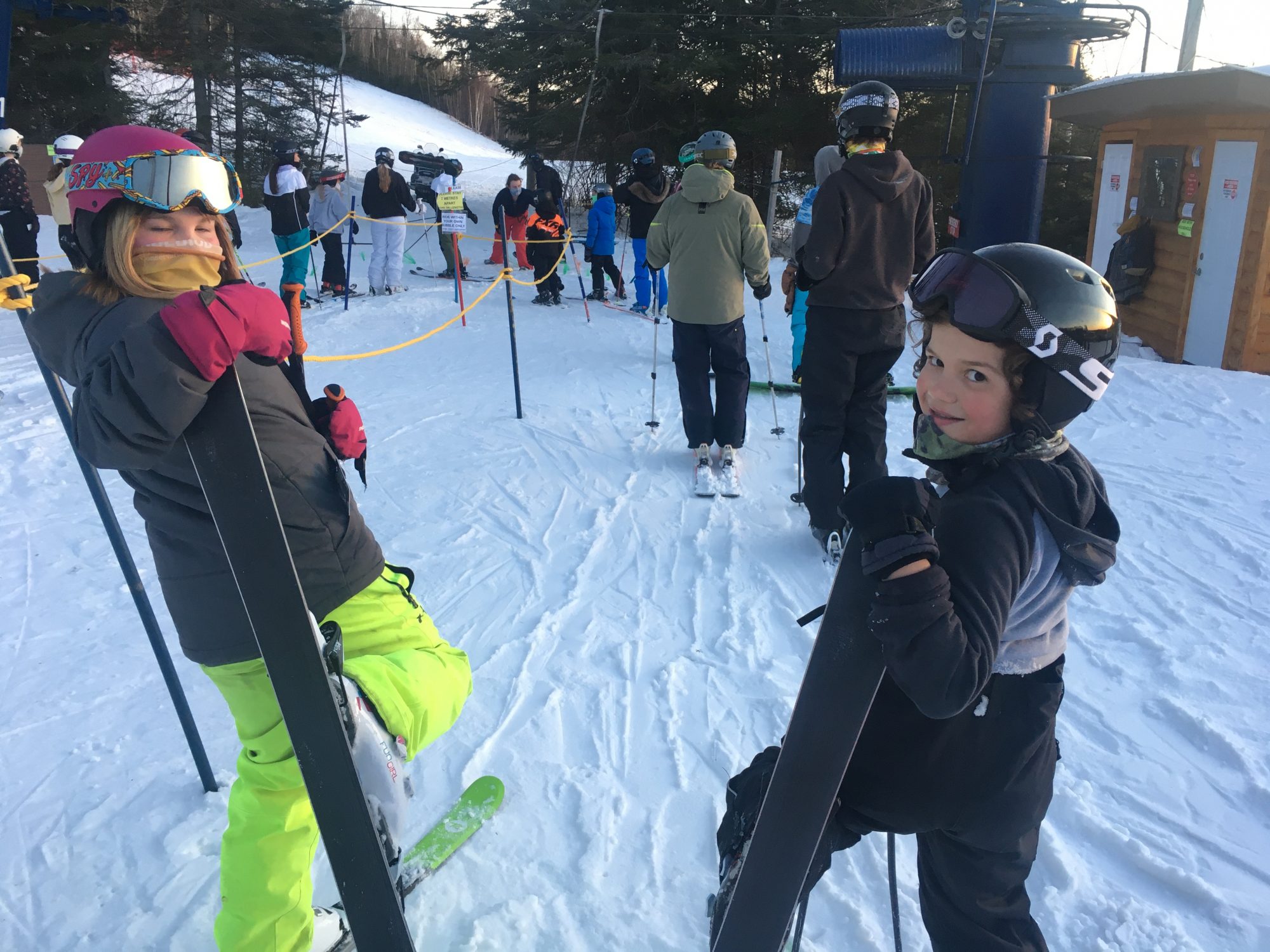 The region boasts an annual snowfall of over 187 centimetres and the resort itself has a varied terrain that will suit all types of skiers and snowboarders. They also offer lessons for both the beginner and those who are more experienced but looking for a tune up. For snowboarders, there’s a full terrain park complete with rails and jumps. Alternatively, if downhill skiing or snowboarding are not your thing, they also have tubing and cross-country skiing.

There are ten runs, three lifts and a 145-metre vertical with the longest run measuring 1609 metres. All the runs lead to the base chalet, where everyone can take a break, fuel up with some tasty food, get warm by the fireplace and watch the action on the hills. Said one recent Baldy reviewer on TripAdvisor, “If you’re looking for a fun, affordable, memorable winter activity, I’d highly recommend Mount Baldy”. We agree. 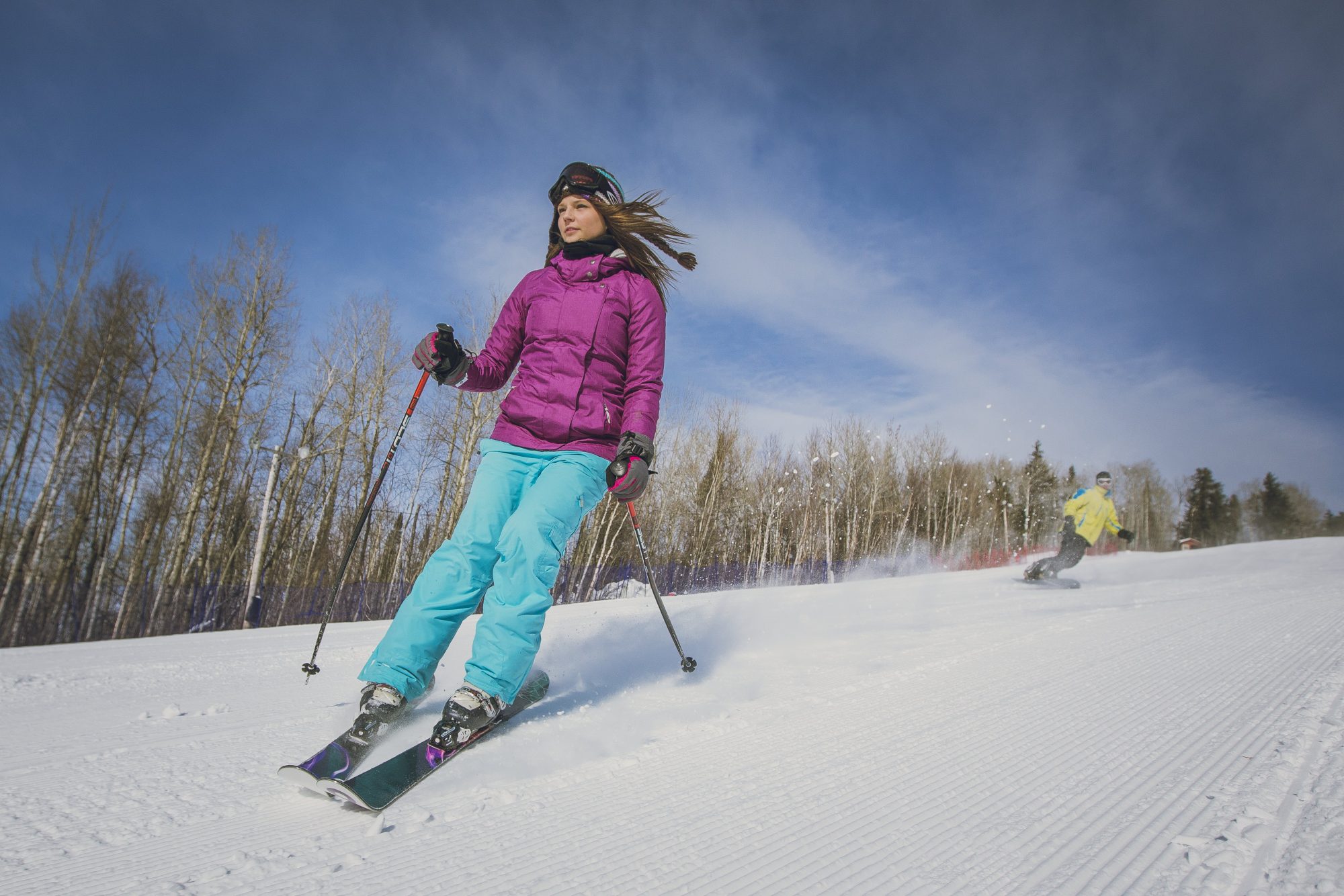 On the south side of Thunder Bay is Loch Lomond Ski Area which boasts the best terrain in Central Canada, accessible via three chairlifts. Loch Lomond is located just 9 kilometres from the city of Thunder Bay, along the beautiful shores of Lake Superior. As a true four-season facility, Loch Lomond offers skiing, snowboarding, tubing and has an exciting calendar of action-packed events in the winter, and downhill mountain biking and hiking in the summer. 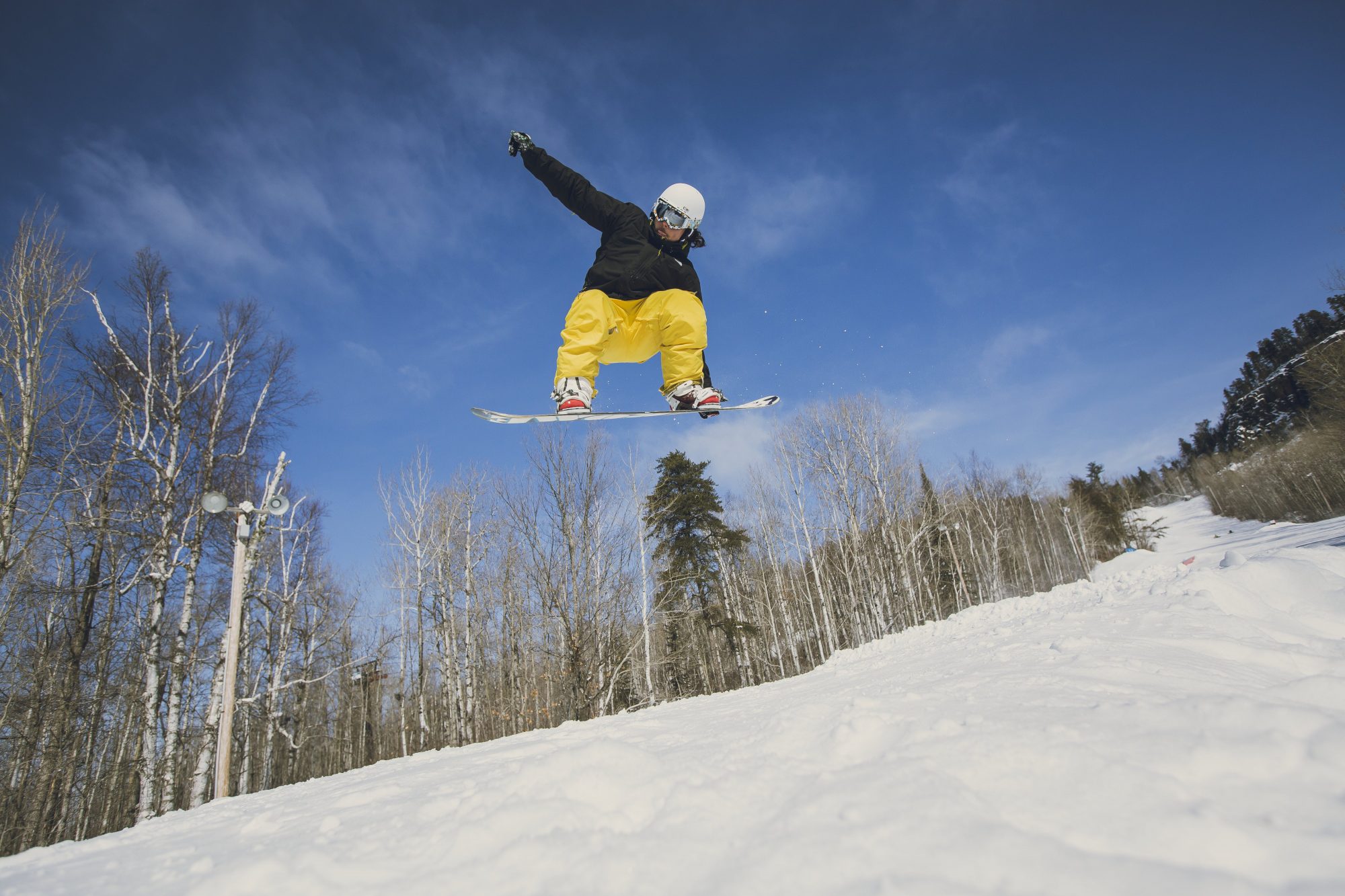 If you’re just starting out or need a refresher course, Loch Lomond’s Snow School instructors can get you out and enjoying the slopes in no time. The South Side is perfect for families and beginners while the North is for those looking for a challenge. You can even try a back country experience on the run called Old Joe’s.

These two ski areas with their many and varied offerings might be just about enough to keep you and your family happy all winter. But if you’re looking to explore a bit further into your backyard, a trip up the north shore of Lake Superior will bring you to some other hills that will keep the fun for all going strong.

To the east, Atikokan is proud to call Mount Fairweather its home to downhill skiing and snowboarding. Mount Fairweather is open weekends and holidays from late December to late March, depending on the weather which usually can be counted on to be crisp and snowy.

Situated 9 km north of Atikokan, off Highway 622 and about 220 km from Thunder Bay, Mount Fairweather has 10 runs, two lifts and a vertical rise of 106 metres. The chalet offers a canteen, sun deck and restrooms, all in a cozy, friendly atmosphere.

Mount Fairweather offers equipment free of charge, along with the Fairweather Terrain Park where you can test your skills on rails, jumps and other challenging obstacles.

Just two hours east of Thunder Bay is the scenic town of Terrace Bay. It’s well known for its beaches, trails, and waterfalls and even for surfing, but its ski and snowboarding hill is a true hidden gem.

Located under a railway trestle and with impressive views looking up, down and all around, Trestle Ridge Ski Hill is a very beginner-friendly course. 60% of its trails are rated as “beginner” with the remainder being intermediate. There are eight ski runs to choose from, so there are lots of options. Trestle Ridge also operates a terrain park that is promoted as being the largest one between Lutsen, Minnesota and Sault St. Marie, with beginner and intermediate sized features. 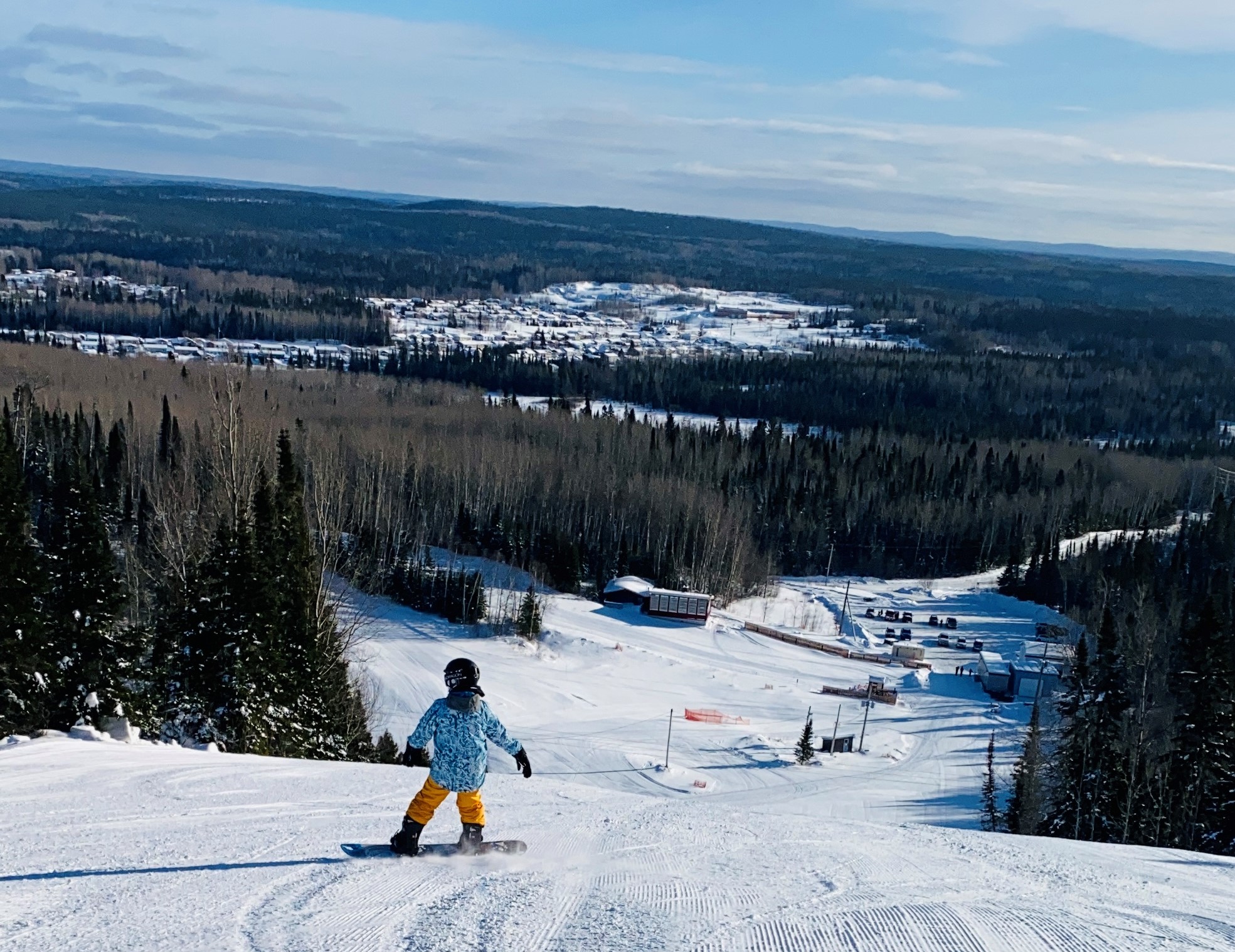 Heading east, Manitouwadge residents say that their Kwissa Ski Hill is the reason that they thrive in the winter. You and your family can too! Kwissa invites you to enjoy its 94-metre vertical drop with 10 challenging runs and a spectacular view of the town. The more difficult runs range from the 375-metre Pine to the 420-metre Girl’s Run, while the easiest include the 800-metre Bunny and the 1000-metre 614. 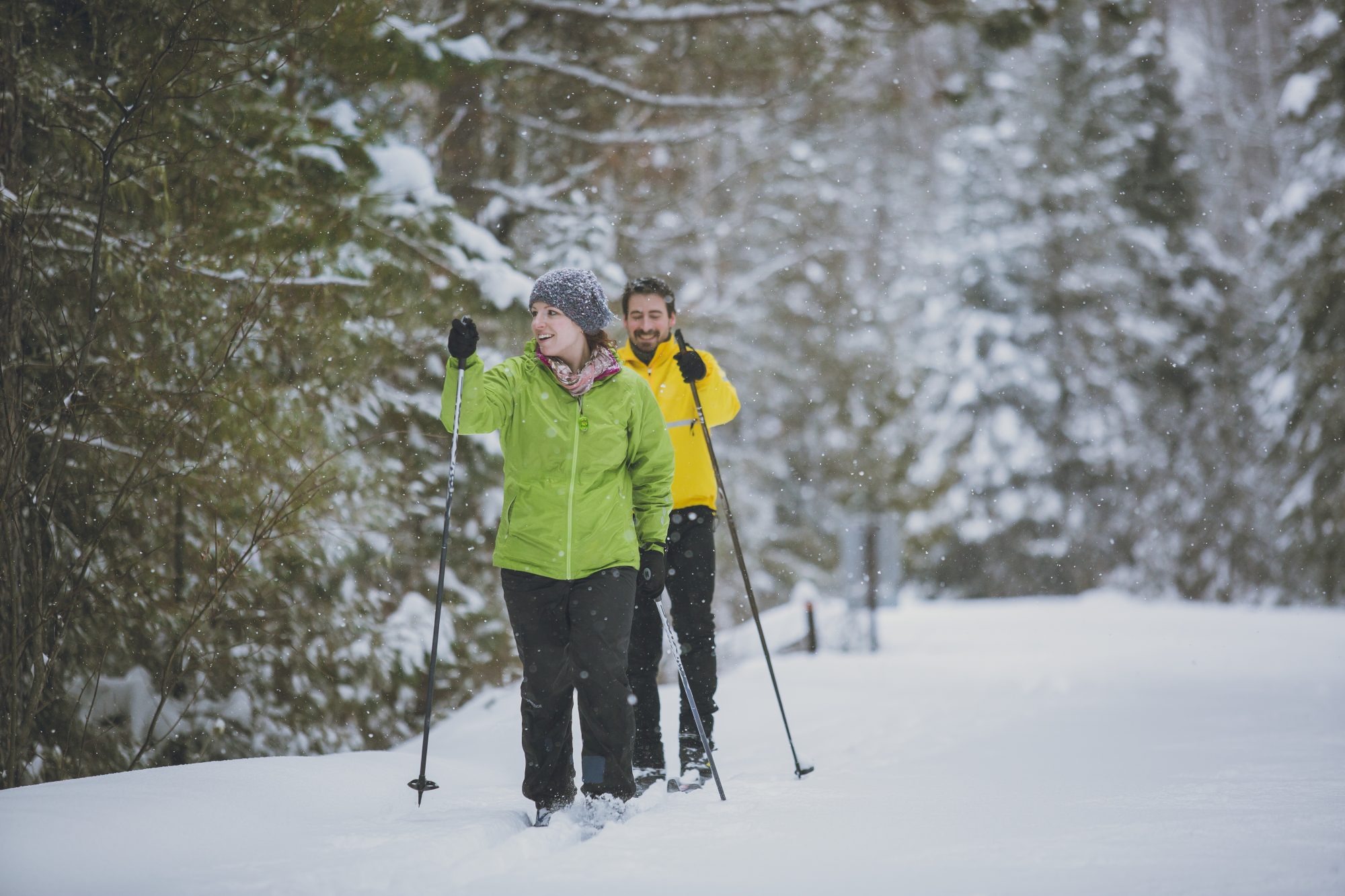 Superior Country also is home to thousands of kilometres of high quality groomed cross country ski trails that offer fun and adventure for any skill level.  Across the region, cross country ski clubs do a great job building and maintaining the trails. Some of these include The Beaten Track Nordic Ski Club in Atikokan, the trail systems in Quetico Provincial Park, Nipigon’s Rendezvous Ski Trails and Karhu Ski Trails, the Marathon Cross Country Ski and Snowshoe Club, Lappe Nordic Ski Centre and Kamview in Thunder Bay, Kakabeka Falls Provincial Park’s trails, the Aquasabon Nordic Ski Club in Terrace Bay and the trails in Rainbow Falls and Sleeping Giant Provincial Parks near Thunder Bay. Sleeping Giant is the host of the annual Sleeping Giant Loppet, an internationally recognized ski competition held the first Saturday of March. 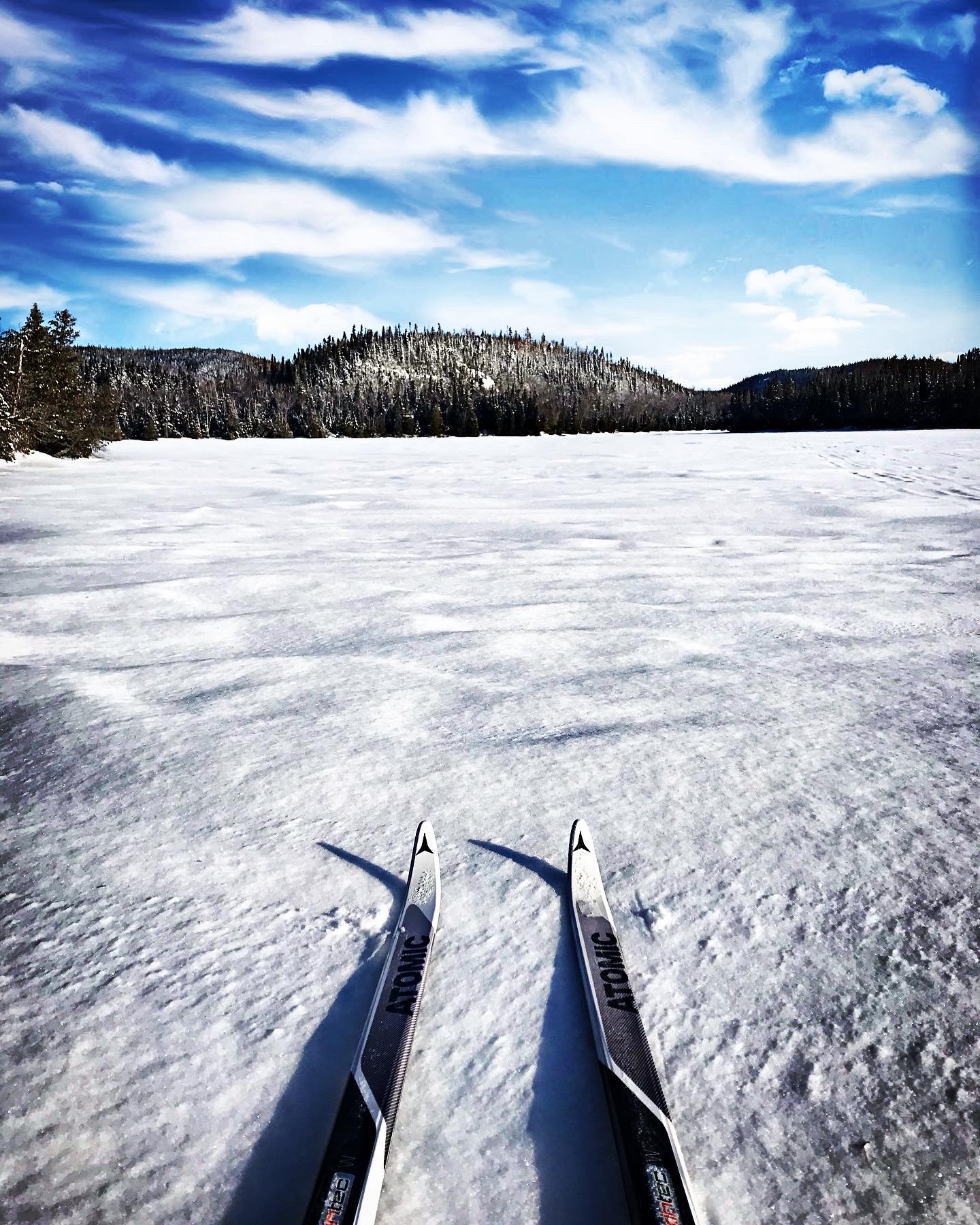 Off the beaten path, there are lots of opportunities for backcountry cross country outings as well, whether on a frozen river or lake or through wooded areas.

Your Superior Country winter adventure is just around the corner. Get those skis and snowboards ready for fun in your own backyard!

Pat Forrest is a tourism consultant based in Kakabeka Falls in Northern Ontario. She loves writing about tasty food almost as much as she enjoys eating it.