Northern Ontario’s Superior Country has the reputation of being an incredible fishing destination. It could be argued that this reputation was officially established as of 1915 when the remarkable happened. The World Record Brook Trout was 14.5 pounds and 31.5 inches long caught by Dr. Cook from the Nipigon River in Northern Ontario’s Superior Country Region in 1915. To this day, that record still holds. There has been many speculations surrounding this story but things that have been proven factual are that the record Brookie was caught here on the Nipigon River and is still one of the best places in the world to catch them. 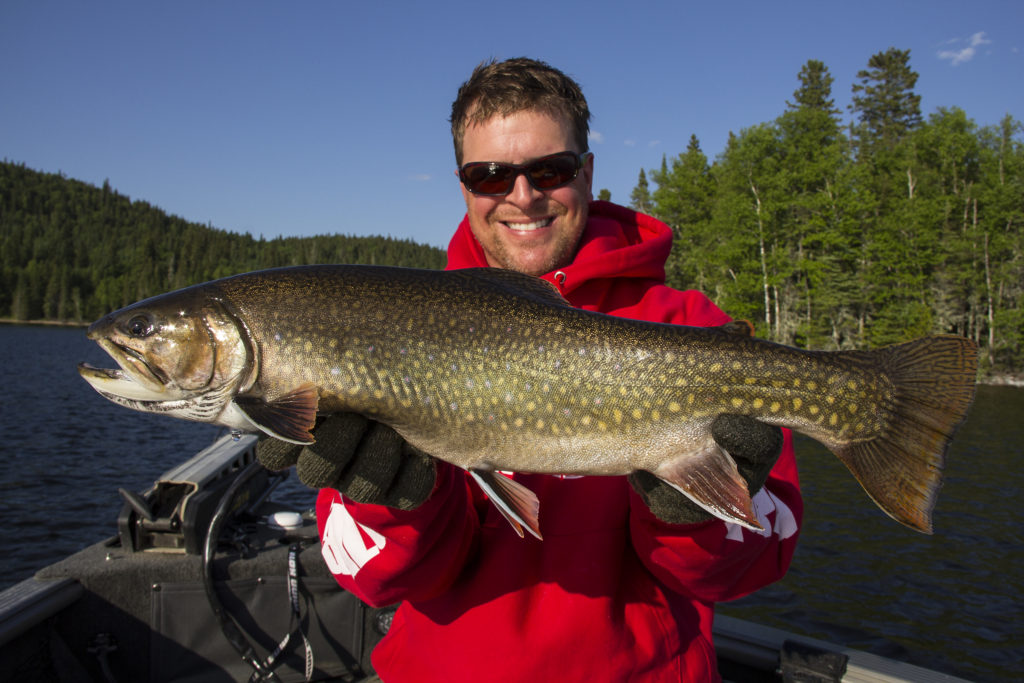 Brook Trout [Speckled Trout] also known as Salvelinus Fontinalis is a species of freshwater fish that is known for its olive-green back and colorful wormlike markings. These markings are usually red or blue and like the name look like colorful speckles along the fishes back or body.  They typically have a lighter color belly (i.e. white or silver) and a square tail. Fish of a similar species include Lake Trout, and Splake. 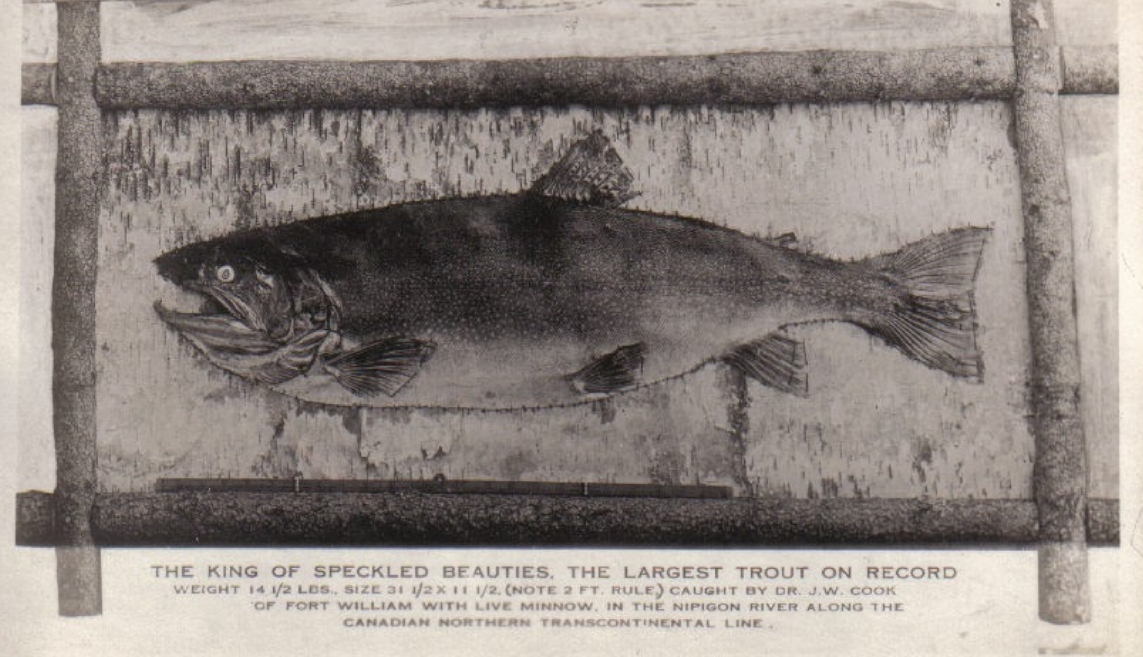 In mid-July of 1915 Dr. Cook was on a 7-day fishing expedition with guide Andrew Lexie whose relatives still reside in the Lake Helen First Nations community within the Nipigon area. Specifically, granddaughter and former Red Rock Indian Band Chief Norma Fawcett. Lexie lead Dr. Cook along the Nipigon river from Virgin Falls to Rabbit Rapids where the fish was caught. The record-breaking fish weighed in at 14.5 lbs with a length of 34.5 inches and depth of 11.5 inches. However, when the fish was first examined it was believed that when caught it was approximately 20 pounds. Without having the proper materials to preserve the fish for the rest of Lexie’s and Dr. Cook’s journey, unfortunately caused it to lose weight. The Brookie was then taken to Toronto, Ontario and inspected at the Royal Ontario Museum of Zoology. There they realized the fish was in not the greatest condition due to sitting for a few days. To preserve it they had to create a skin mount. Thankfully the record breaker was returned home, to be put on display in the Township of Nipigon’s Historical Museum.

The Township of Nipigon’s Historical Museum

The community of Nipigon has always been extremely proud of this world record and accomplishment. Unfortunately, Nipigon’s Historical Museum faced tragedy Sunday February 11, 1990 when it caught fire and as a result lost a lot of its artifacts and memorabilia. This included the original skin mount of the World Record Brook Trout. After the fire they were able to save some of the original remains of the fish and had a replica created that is still on display today in the new museum. Even when faced with a hardship it didn’t hinder the resident’s sense of pride in Dr. Cooks achievement or stop the celebrations. On the 100th anniversary of the fish being caught they celebrated with a Brook Trout Festival. The town’s mascot is a large and friendly Brook Trout named Finnagon and you can usually meet him at the various events put on in the community. When wanting to see the remains, replica, and photos of the original fish visitors need to visit the Township of Nipigon’s Historical Museum. The museum is staffed and open daily throughout the summer months to give tourists the full experience when exploring Nipigon and its surrounding areas. 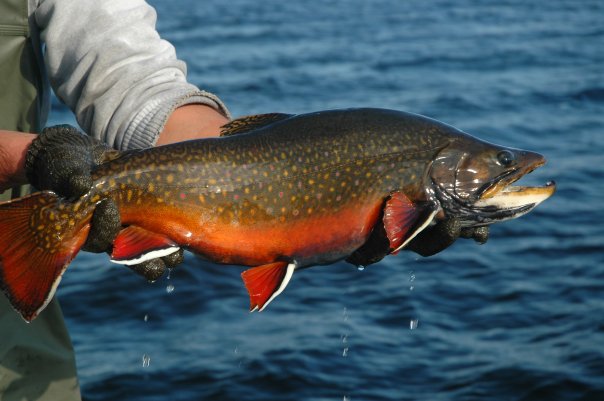 Fisherman all over the world heard this story and thought it was a myth simply because on average a Brook Trout weighs from 1-3 lbs and has a length of 6 to 16 inches. Once they learned the average Brookie caught in the region (Superior Country) could be up to 9 lbs, it became more plausible. Over 100 years ago there was less pollution in the waters allowing the fish to grow to larger sizes. We are not only reputable for our Brook Trout fishing but also Northern Pike, Lake Trout, Bass, Walleye,Yellow Perch and Salmon. Throughout the years many people have come from near and far to fish these waters and we only hope to grow the culture and community involved in this beloved recreational activity. 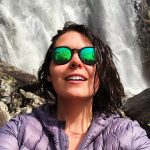 Casey is an avid outdoors adventurer and is always looking for the best Instagram worthy photo opportunities along Lake Superior. She spends her free time hiking and exploring the great …